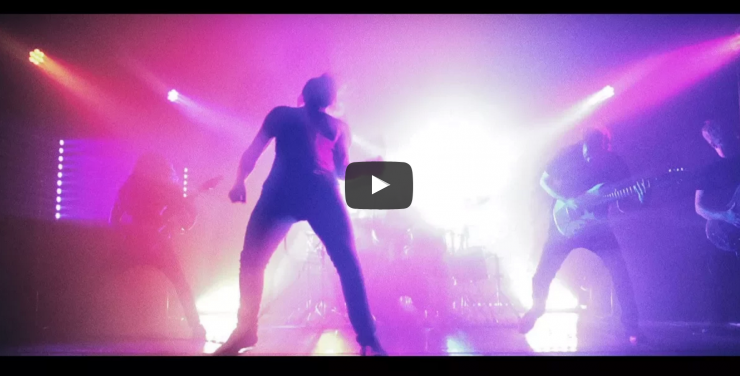 Taken from the forthcoming new album ‘In Contact’ out September 15th, 2017.

Caligula’s Horse, a band at the forefront of Australia’s progressive rock scene, recently debuted the track ‘Will’s Song (Let the Colours Run)’, the first track taken from the forthcoming new album ‘In Contact’ out September 15th, 2017. Now they are premiering the music video for the track, directed by the band’s guitarist Adrian Goleby.

Vocalist Jim Grey explains: “The story of ‘Will’s Song’ is centred around pride and ambition, the human tendency toward self-destruction, the last demand of a proud old man that time is not decay and he is ‘that young man still’.” Goleby has mirrored this in the clouded performances, obscured figures either silhouetted in smoke and colourful light or dissolving into nothing, and the frenetic visuals truly capture the kinetic energy of the song.

The clip was filmed in Northgate, Brisbane as well as the heritage listed (built in 1888) Princess Theatre in Woolloongabba, Brisbane.

Drummer Josh Griffin had this to say:
“With this video being mine and Adrian’s first clip with Caligula’s Horse, it’s great to finally have the new line up out there!”

Guitarist Sam Vallen adds:
“Will’s Song might take some fans by surprise, its heavy and technical, certainly more than anything we’ve created in the past. Adrian has done an incredible job conveying that frenetic power in the clip; it captures the energy we aspire to in concert, but also, through its languid and constantly shifting imagery, reinforces the dark atmosphere hidden below the punctuation of the drums and guitars. Speaking of which, check out the drums and guitar! It’s great to show the new guys off to the world at last.”