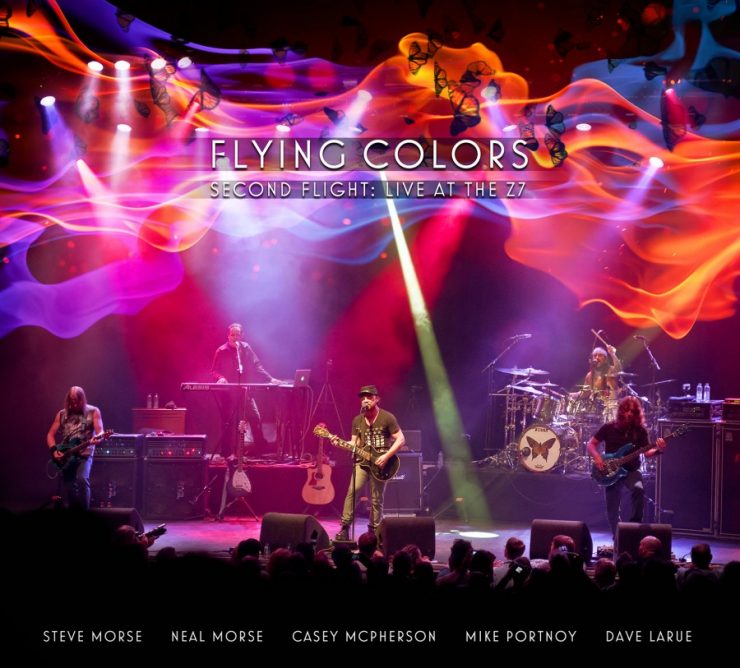 Listen to the entire new live album from Flying Colors – ‘Second Nature: Live at the Z7.’

CHECK OUT THE EXCLUSIVE STREAM OF FLYING COLORS: SECOND FLIGHT: LIVE AT THE Z7.

***Now you can hear the entire collection exclusively before its official release from the link below.***

The album captures this incredible supergroup at their finest with tracks from both of their releases.  Using a new audio engineering process, Harmonic Phrase Analysis, the group was able to bring the recording of a live concert to unparalleled new heights.  The video was also mastered by famed special effects company, Cinnafilm, using their revolutionary Dark Energy technology (IMAX). The result is unparalleled realism from the concert’s 24 cameras, as well as eye-popping Ultra-HD versions of the concert.

Tracks like the Prog epics “Open Up Your Eyes” and “Cosmic Symphony” showcase the band’s progressive prowess while shorter tracks like the bluesy “Bombs Away”, “Kayla” and “The Storm” show the diversity this band was set out the produce when they initially formed.  Each member provides their own unique talents to the set.  Casey McPherson shines on “The Fury of My Love” and “Colder Months,” which is a nice acoustic intro to the powerful “Peaceful Harbor” which is one of Steve Morse’s finest moments.  Of course Mike Portnoy rises to the challenge with “Shoulda Coulda Woulda” while Dave Larue get his own solo spot with “Forever In A Daze.”  Neal Morse also carries the group during the Prog rock anthem “A Place In Your World.”  There is something here for everybody.

Fans of the group with love this set, not only for its sound and video quality but also for the incredible performances that only these 5 musicians as a group are capable of producing. And for those that did not get a chance to see this tour in person, this is about as close as anyone could get. 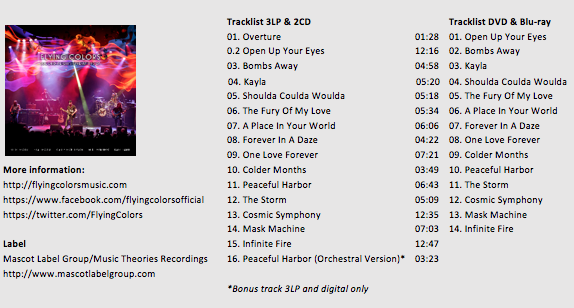