New DVD collections arrive in time for the holidays 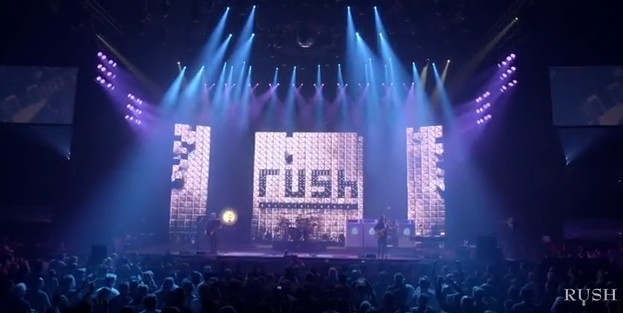 A look at the new Prog DVD sets arriving in the US this season.

When you are a fan of Prog but live in the US, chances are you might not get to see many, if any of the bands, you like in concert. Bands like Riverside, Anathema, and Transatlantic do very few shows in America, some only in Los Angeles and New York before heading to Europe. Until the Prog Nation at Sea last year, I had not seen Spock’s Beard live, a band I’ve been listening to for over 15 years.   This is why the live DVD has become so central to being a Prog fan or, for that matter, a live music fan. Most Prog bands nowadays make releasing a live disc, DVD or Blu-ray part of the album release cycle. Everything Neal Morse or Mike Portnoy are involved in is accompanied by such a compilation, and thankfully so. For many of us in the US, it is our only chance to see these bands.

There are quite a few live sets coming out just in time for the holidays that might fill the void of not being able to go to the show.   Rush is putting out the massive collection showcasing what might be their final tour with R40 Live. The collection covers the entire show along with some bonus tracks featured on the tour. With as vast a tour as this one was, they still did not make it to my town, so being able to see the show this way is a very suitable substitute. The visual is something to behold and the band still show why they remain one of the best live acts in the world.

Devin Townsend is back with a set commemorating his momentous show live at the Royal Albert Hall. The set includes the entire ‘Dark Matters’ album from ‘Z², as well as a full second set of songs spanning the Ziltoid creator’s career. Devin is known as much for his live shows as his bombastic music and this 3CD/DVD set is sure to blast the paint off living room walls.

Of course, it wouldn’t be a report on a live CD/DVD release if it didn’t include something with Neal Morse and Mike Portnoy. Flying Colors are releasing a Live collection called “Second Flight: Live at the Z7” which is a brilliant film of their tour for their sophomore album. The show filmed in 4K HD has some of the best video and audio ever recorded for a live disc.

Finally, Anathema are another band we seldom see live in the US so the upcoming concert film “A Sort of Homecoming” is another one for the neglected US Prog fan to have to pick up. The show, filmed in a cathedral, looks to be one of the more impressive events recorded in the last year. So while I have not been able to catch any of these shows here in the US, I’ll be spending a lot of time going to a concert venue known as My Living Room.