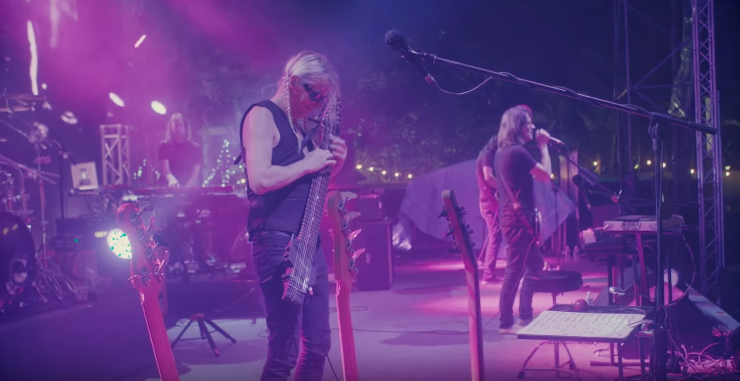 Short film documenting the recent India trip, based around the cover version of Prince​’s “Sign O’ the Times”

Steven Wilson just completed his Hand.Cannot.Erase tour with 2 huge shows in India.  As part of the set during the encore, the singer has been rocking version of the Prince classic “Sign O’ the Times”.  This video produced by Wilson’s long time collaborator Lasse Hoile, shows the group performing and exploring Bangalore, with the music directly from the mixing board.  Check it out here: