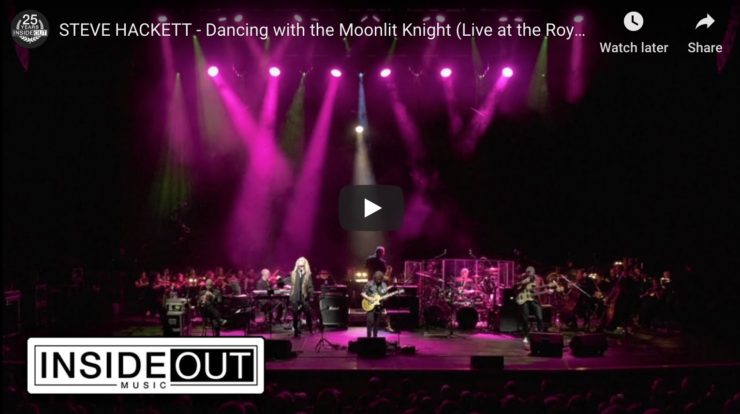 Now, a first track from this stunning release is available, ‘Dancing with the Moonlit Knight’ from Genesis’ iconic ‘Selling England by the Pound’ album, watch the clip here:

The album was recorded on October 5th, 2018 at The Royal Festival Hall, London, during the 2018 Genesis Revisited Tour which fulfilled a long held ambition of Steve’s: to perform the music of Genesis with a live orchestra. The concert featured Steve’s regular touring band of Roger King (keyboards), Gary O’Toole (drums/percussion), Rob Townsend (saxes/flutes) with Nad Sylvan on vocals and Jonas Reingold (The Flower Kings) on bass, together with special guests John Hackett and Amanda Lehmann, and augmented by the 41-piece Heart Of England Orchestra conducted by Bradley Thachuk.

The 2CD & Blu-Ray set includes tracks from Steve’s time with Genesis and also from his extensive solo career. The full track-listing is: