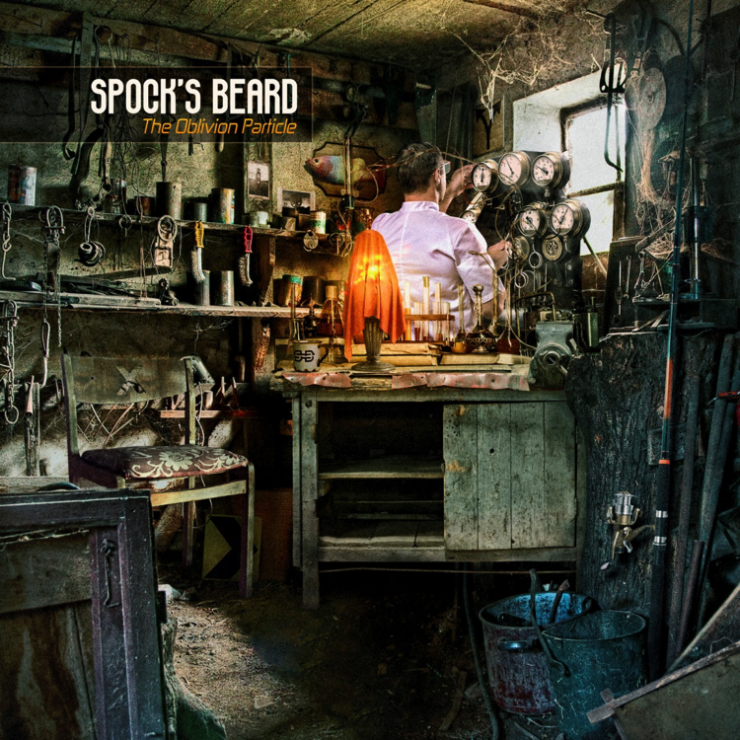 Spock’s Beard have announced that their brand new 12th studio album ‘The Oblivion Particle’ is set for release on the August 21st, 2015.  The artwork for the album has been released as well.  The album finds the band answering the needs of their creations by utilizing the considerable versatility of each member. In addition to Ted Leonard’s soaring vocals and Dave Meros’ distinctive bass, Alan Morse adds autoharp, banjolele, electric sitar and mandolin to his array of instruments, drummer Jimmy Keegan takes over lead vocals on “Bennett Built a Time Machine” and Ryo expands his arsenal of keyboard sounds throughout the album. In addition, virtuoso Kansas violinist David Ragsdale lends his touch to the album’s majestic closer, “Disappear.”

According to bassist Dave Meros, it’s not a matter of how much the new album recalls past Spock’s material, but how much it differs. “I think the opening track ‘Tides of Time’ is classic Spock’s in terms of arrangement and style, but everything else is fairly different. That said, the whole album is still within the parameters of what people expect to hear from us.”
As with the previous album Brief Nocturnes and Dreamless Sleep, The Oblivion Particle was recorded at The Mouse House and produced by Rich Mouser, Alan Morse and John Boegehold, a band collaborator of many years.