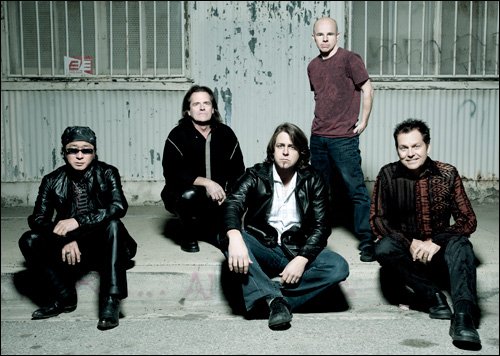 Spock’s Beard are a Los Angeles based progressive rock band formed in 1992 by brothers Neal and Alan Morse. Neal played keyboards and was the lead vocalist, and Alan played electric guitar. The pair teamed with fellow musicians Nick D’Virgilio (drums) and Dave Meros (bass) and released their debut album, The Light, in 1995. The quartet were later joined by veteran keyboardist Ryo Okumoto.  Neal Morse, the primary songwriter, departed in 2002, with D’Virgilio taking over lead vocals until his departure in 2011.

On November 21, 2011, it was announced on the band’s official website that Enchant vocalist Ted Leonard and former touring drummer Jimmy Keegan to replace Nick, who had handled both singing and drumming for 4 albums. Spock’s Beard has released 11 studio albums including 2013’s Brief Nocturnes and Dreamless Sleep which was the first to feature the new lineup including Leonard and Keegan.

The band plays a brand of progressive rock with pop music leanings with such influences as Genesis, Yes and Gentle Giant. The band is also well known for their intricate multi-part vocal harmonies on cuts such as “Gibberish”, “Thoughts (Parts I and II)”, and “Afterthoughts.”  Despite the Genesis type band member changes, the band has continued to be a driving force in Prog.

Check out our interview with Alan Morse here.