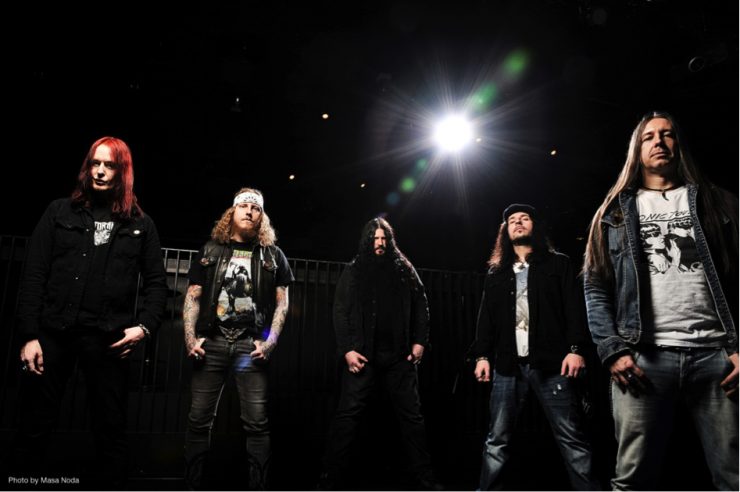 Swedish vintage style hard rock pioneers SPIRITUAL BEGGARS return with their 9th studio album entitled “Sunrise To Sundown”, which will be released on March 18th, 2016 in Europe as well as March 25th, 2016 in North America via InsideOutMusic.

After a busy couple of last years with Arch Enemy, Michael Amott and his bandmates have once again found the availability and inspiration to lay down 11 dynamic and uplifting new songs, which not only easily demonstrate how much on top of their game SPIRITUAL BEGGARS still are after over 20 years of activities, but also add a fresh and spontaneous vibe to their impressive catalogue.

Speaking about how the new album came together, Amott commented the following:

“We’ve been writing the album here and there over the last couple of years when our schedules have allowed us to meet up and spend a few days jamming. A few of the songs I wrote on my own, others were written by our keyboard player Per Wiberg. Our drummer Ludwig Witt submitted two tracks that are actually his first major contributions to the band as a writer – and they’re great songs too!  I also co-wrote a few tunes with Per Wiberg and that was really a lot of fun as well, it’s been a very collaborative process.”

In counteraction to the oftentimes soulless current hi-tech digital cut/paste recordings, “Sunrise To Sundown” was tracked live off the floor and Amott added the following about the recording results:

“I’m super excited about how the album sounds sonically, our engineer Staffan Karlsson also produced and mixed the album and the result is something we’re very proud of.  I think every album we have made (this being our 9th) has had its own vibe and atmosphere. I can honestly say this band has never made the same album twice. To me, “Sunrise To Sundown” is the next chapter of the book we’ve been writing since we started the band over 20 years ago. Of course, the foundation of our style is heavy rock music, but we always keep evolving adding new influences and colours to the bands core sound.”