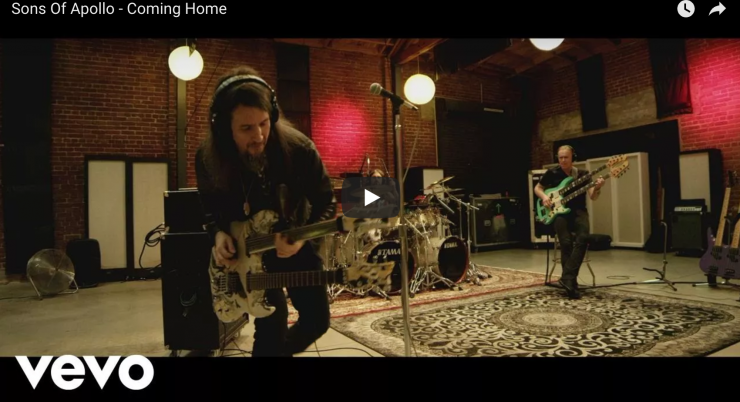 The new album Psychotic Symphony is due out October 20th

“’Coming Home’ immediately felt like the SONS OF APOLLO ‘grand entrance’ as soon as we wrote the song,” says Portnoy. “Almost like a fighter entering the ring. I knew this had to be the first video and first time people see us playing together. The video was shot at Ocean Studios in Burbank, CA, where we wrote and recorded the album. So you’re essentially seeing the exact place and environment that SONS OF APOLLO was born.

“I assume most people’s expectations of the band from its lineup is for SOA to be a self-indulgent ‘wank-fest’ (and granted, there are three 10-minute Prog epics on the album!), but ‘Coming Home’ is an example that we are just as much a rock band cut from the cloth of classic bands like Van Halen as well.”