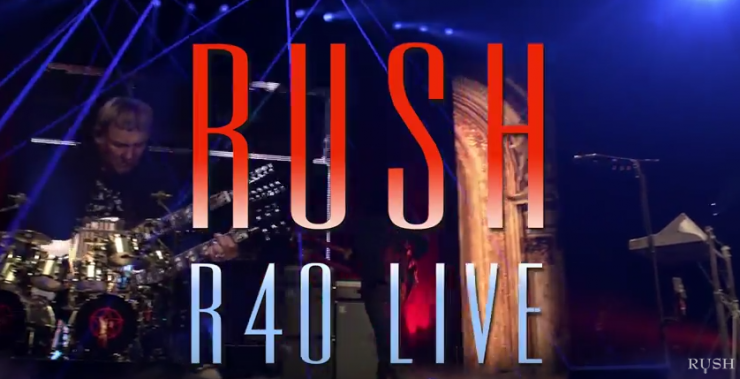 Rush, coming off a successful “final” tour this past year have just released the live CD/DVD set commemorating the tour across the US.  The tour was heralded as much for its setlist as for the performance of the band which comes off mostly in stellar form.  For the setlist, the band choose a clever approach and travel back chronologically starting from their latest album, Clockwork Angels and working their way through each decade in reverse order, closing with “What You’re Doing/Working Man.”  Along the way there a number of surprises and treats.

The first set mostly features the 90’s era with “Roll the Bones” among the highlights.  The rap portion features a number of funny cameos in the overhead video.  The set closes with “Subdivision” which is always amazing live.  After a video of video bloopers, the band open the second set with “Tom Sawyer” and “YYZ” before delving into the celebrated progressive era with “Jacob’s Ladder,” “Cygnus X-1”, “Xanadu” and “2112.”

The video is more enjoyable than just the audio discs here.  While Geddy Lee does struggle with the older material, hoe still manages to pull it off although you wonder how much longer he can sing these songs.  Neil and Alex show no signs of getting older, in fact, watching Peart is truly inspiring.  He is still among the best drummers in the world.  R40 is not the best live set the band has released but for any die-hard fan and especially one that missed the tour, it is certainly worth getting.