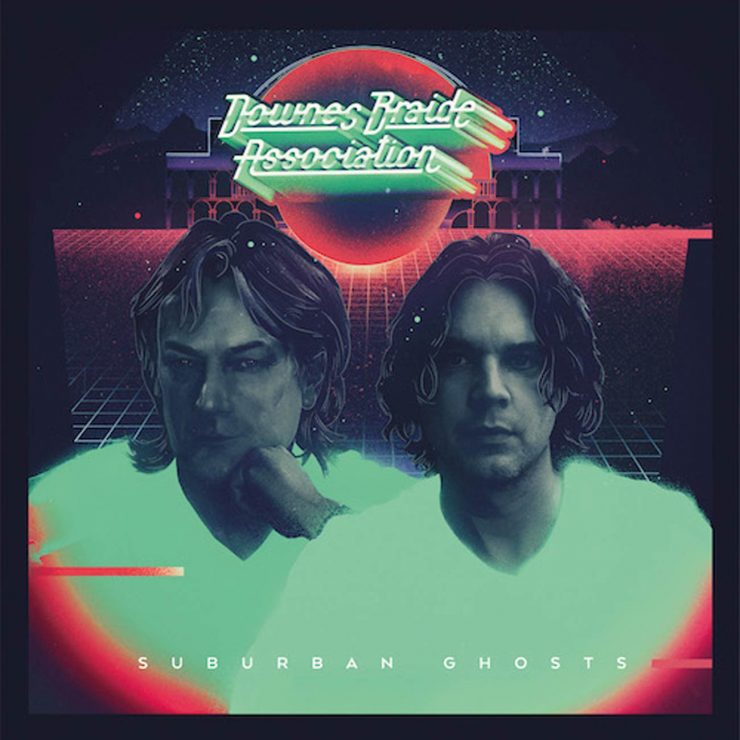 A look at the new album by Geoff Downes and Chris Braide.

The Downes Braide Association is the duo comprised of Prog legend Geoff Downes and singer/songwriter/producer Chris Braide.  Suburban Ghosts is the follow up to their critically acclaimed debut ‘Picture of You’ and was released on Nov 6th.  The album is a collection of keyboard pop with tons of melodies and hooks, the kind reminiscent of Downes’s work with The Buggles and Asia.  The unifying lyrical thread of Suburban Ghosts is layered throughout the album in songs like the 80’s pop of Machinery of Fate and in Parts 1-3 of the title track which are the highlights of this album. Other tracks like “North Sea” and “Dreaming of England” also stand out.

As one would expect with this pair, the production and attention to detail is top notch.  Even though much of the album is drum machine and sample based, the songs thrive in this environment and it matches lyrically with the subject matter which deals with how the changes in technology have overtaken our lives.

Quite the surprise is singer Chris Braide who while mostly known for his work with the likes of  Beyonce, Lana del Rey, Paloma Faith, Britney Spears, Christina Aguilera, David Guetta, and Sia, feels right at home in this Prog/Pop world.  Prog legend Geoff Downes of course is currently a member of Yes and still playing and touring all over the world.  It is nice to hear this kind of music from him, as he sounds right at home.  This is a very fun and enjoyable album to listen to and one to pick up.