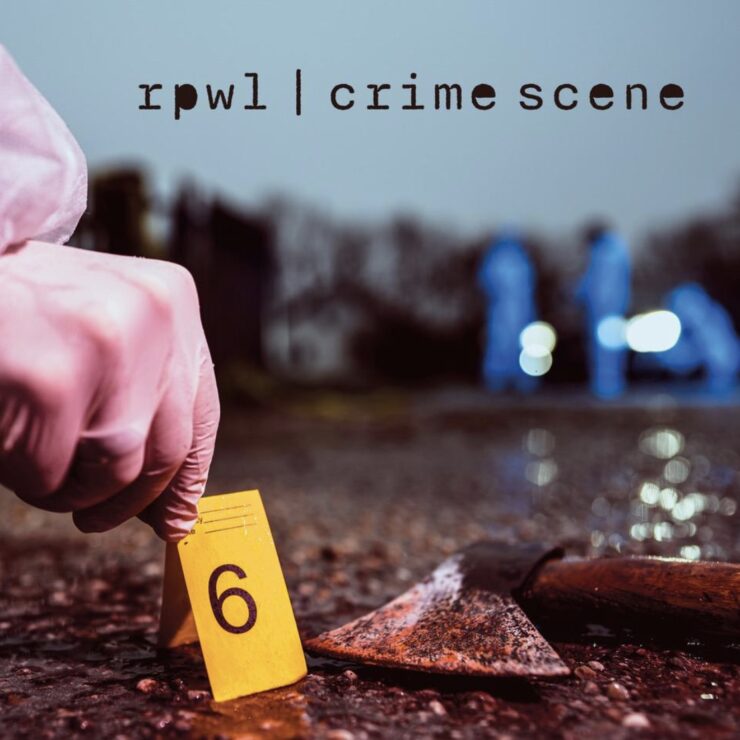 Progressive German rock group RPWL have announced a new album titled ‘Crime Scene’ due on March 17th. You can see the video for the new single “Victim of Desire” here.

When RPWL takes on a motif for an album, it can usually be assumed that this eclectic quartet will dive deep, very deep, into the chosen spectrum and illuminate it from all possible perspectives. With past albums having tackled themes of philosophy or outer space, see 2019’s ‘Tales From Outer Space’, the art rock formation deals with prominent cases from criminal history on their new album ‘Crime Scene’.

On the new long player ‘Crime Scene’ this Bavarian prog rock institution directs its attention to the morbid, the perverse, the evil in good, and the abysses of the human behavior spectrum in all its unpredictable diversity, which sometimes comes across as bizarrely disturbing and conclusive, if one tries to fathom it.

‘Crime Scene’, the 19th release of this internationally successful band is an intensive journey through the band’s vita, as well as their own record collections.

The almost 13-minute “King of the World”, with its growling big muff and flat vibes, and the off beat, “Life Beyond Control”, both surely belong in the heaviest parts of the RPWL discography.

“Live in a Cage” brings to the fore meticulous sound design, while the eloquent guitar work that Kalle Wagner shows on his recently released (and highly praised) solo album, weaves throughout the ‘Crime Scene’.

In addition to complex musical stories, the band’s social commentary rides high throughout. Yogi Lang comments from an artistic perspective that he has always been fascinated by social and personal shadow sides:
“(Consider) Band-aid on gunshot wound as a principle. The delusion of normalized violence wafts in so many households beneath the supposed harmony many believe. How does it feel to have no concept of freedom at all, but the fear of leaving bourgeois security is greater? In the lockdown year 2020 alone, the (German) police recorded over 119,000 cases of intimate partner violence, 139 of which were fatal, directed in over 80% of cases against the female part in the relationship.

Evil forms a core theme on ‘Crime Scene’, and Kalle Wallner asks the Faustian Gretchen Question of how to deal with evil itself: “Who makes us who we are? Is it a question of genetics or is it social circumstances, our childhood, strokes of fate, pressure or offenses?”

‘Crime Scene’, shall be released March 17th via the band’s own label Gentle Art of Music, distributed by Soulfood. Tour dates for 2023 are below.