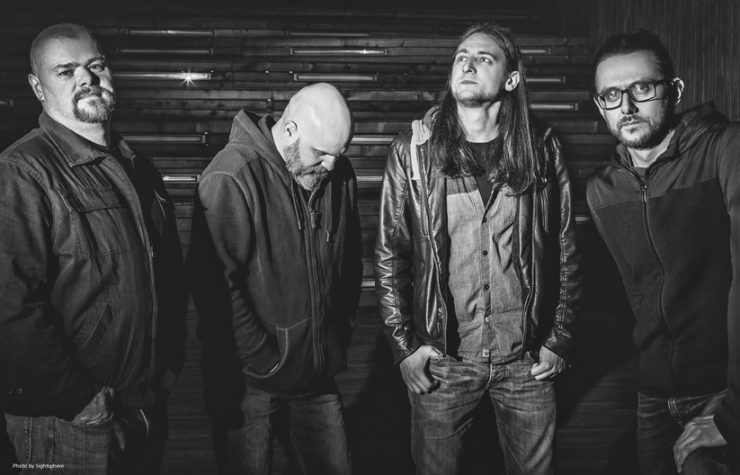 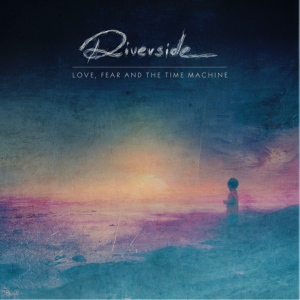 RIVERSIDE – “Love, Fear and the Time Machine”
1. Lost (Why Should I Be Frightened By a Hat?)
2. Under the Pillow
3. #Addicted
4. Caterpillar and the Barbed Wire
5. Saturate Me
6. Afloat
7. Discard Your Fear
8. Towards the Blue Horizon
9. Time Travellers
10. Found (The Unexpected Flaw of Searching)

RIVERSIDE’s Mariusz Duda checked in with the following comment about “Love, Fear and the Time Machine”:
“On the new album I wanted to combine the 70s and the 80s. The 80s were a decade of musical growing up for me. On the new album we don’t sound as retro and 70s as before, we moved forward, we sort of demolished the previous foundations and build new ones. Despite the huge dose of melancholy and nostalgia, there is a new space, the songs are arranged with more flow and at the same time they have never been so concise and to the point before. The lyrics on “Love, Fear and the Time Machine” talk about a transformation. About making an important, perhaps life changing, decision everyone has to make at some point in their lives. What happens to us when we have to make it? On the one hand we’re excited by the change, we feel free, liberated, and on the other we fear the unknown, we are afraid of what might happen to us. We go back in time and we go forward in time in our heads. And all that happens when we have to decide something important. The first of the songs on the album is called ‘Lost’, the last one, ‘Found’. If we sometimes get lost in life, it is to go through something and be found again on the other side, to be reborn as someone better and more valuable. I would like this album to be one of those that one day simply becomes your best friend.”

Below is an overview of the upcoming RIVERSIDE tour dates for North America. More dates will be confirmed soon…