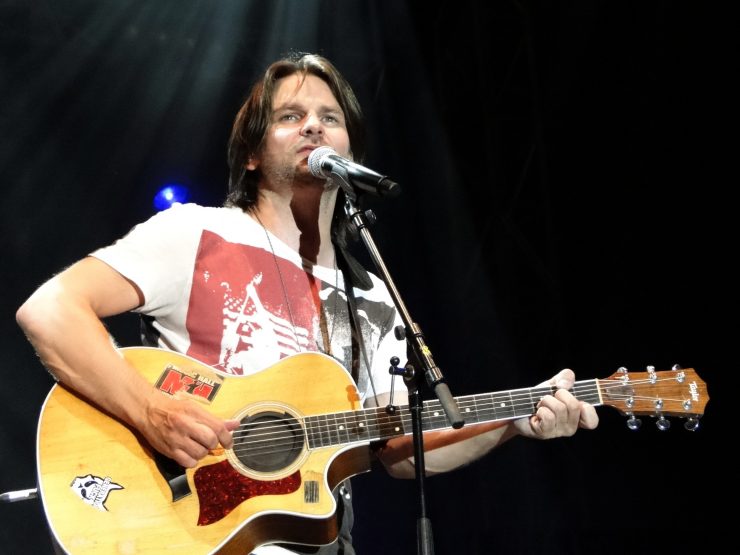 Ray Wilson, singer/songwriter and former vocalist with Genesis reflects on his 20 year career, his time with Genesis and more.

Ray Wilson, singer/songwriter and former vocalist with Genesis reflects on his 20 year career, his time with Genesis and more.

What can you share about working on Calling on Stations and that song in particular?

It was an incredibly challenging song to sing because it starts off very relaxed and then it builds and builds and never seems to stop building. It took a lot of energy. I remember at the time when I was working with the guys I was also writing songs with them. I was always remember thinking, when are we gonna hear the new “Mama.”   I was comparing this album to albums I’d heard in the past. And I kept waiting for the song that would blow me away. I felt that there were some good songs on the album, some really nice melodies and stuff. There are also some songs I think could be better. But Calling All Stations, for me, it was my decision that they should start the album with it, because they were gonna start the album with, as I remember it, with something a little more commercial, I think maybe Congo or something. It certainly wasn’t going to be Calling All Stations. I said “look guys, this is such a great song. Okay, it’s not gonna get played on radio, but its such a great song and its got so much power, start the album with this.” For me, Calling All Stations was as close to a song like Mama as we got. I wouldn’t say it’s as good as song but its certainly up there. It’s a good song.

The problem was at the time, I think Mike and Tony were kind of stuck in the middle of  what they wanted to do and what they were expected to do.  Phil had such an incredible career as a solo artist and the Genesis pop songs that existed around that time, it was so huge for them, that I think artistically, they wanted to do kind of something a little more retro but there was this pressure to always create the pop song that was gonna get played on radio.  I can understand why they had that pressure of course.  There were a lot of expectations riding on it but I think the second album that we would have done would have been better than Calling All Stations because we would no longer have had that issue to deal with.  We could have done what we wanted to do.  And we could have done it together, having been a touring band together,  having known each other a bit better, it would have been a different approach.  I think with CAS, for me, 50-60% of the album I’m happy with, the other I’m not particularly happy with. That’s my personal feeling.  I think had we done a second album together, I don’t think I would have that same feeling. I would have been more satisfied with the direction we were taking.  I think CAS was trying to take 2 directions at the same time.