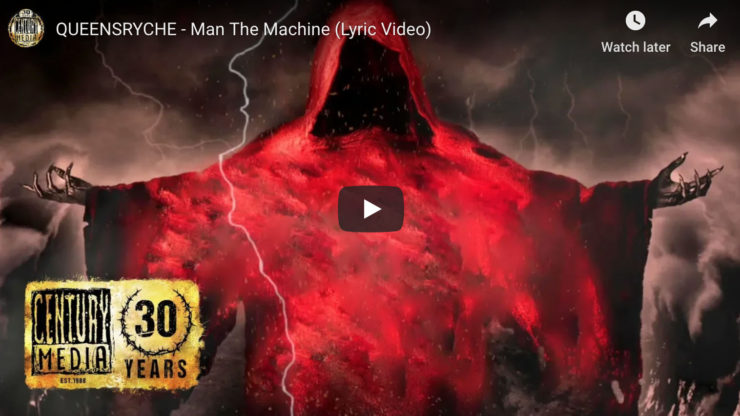 The new Queensryche album The Verdict will be out March 1st, 2019

You can hear the new track here:

“We are excited to reveal the first full song ‘Man the Machine’ from our upcoming album, The Verdict. This is just a small taste of what is to come, and we look forward to unveiling more tracks and videos as we approach the official album release date of March 1st, 2019 via Century Media, states Queensrÿche singer Todd La Torre about the new single and album. “For exclusive footage, sneak peek audio teasers, exclusive merchandise and album preorder packages, we invite you to join our official Pledge Music Campaign HERE!”

The Verdict will be available in CD Digipack (US), CD Jewelcase (EU), and Ltd. 2CD Box Set (EU).

Queensrÿche will hit the road early 2019 for their headline tour featuring supporting slots from Fates Warning, with The Cringe joining both bands on select dates. The tour will kick off on March 2nd in Orlando, making stops in major markets such as New York, Atlanta, Chicago, and Los Angeles, and will wrap on April 3rd in Seattle. The band recently finished a run supporting SCORPIONS this past September. For more information on upcoming tour dates and to purchase tickets, visit the band’s website.