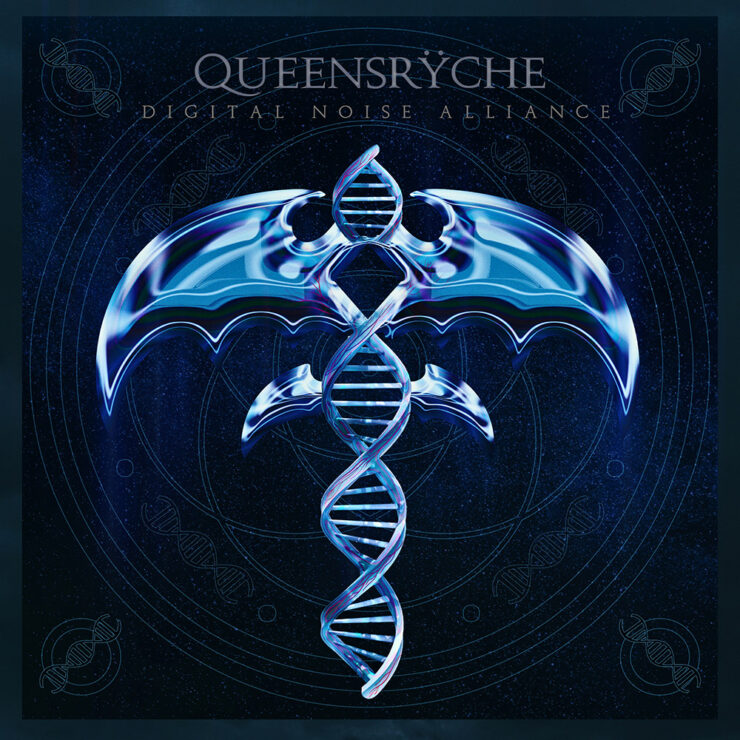 American prog-metal pioneers and giants, Queensrÿche, have returned with their 16th studio album ‘Digital Noise Alliance’. This is the band’s fourth effort with Todd LaTorre on vocals since taking over for original vocalist Geoff Tate. On the outstanding new release, the band has tapped into the sound engineering chops of producer Zeuss—who has done a masterful job of delivering a familiar and refreshed QR sound. Wilton explains what made this album different from prior recordings as the focus of the band was to stay true to the Queensrÿche sound. You can listen here to Michael Wilton’s interview with The Prog Report.

“In Extremis” is the perfect start to the album as it delivers on the sound which is QR at its best. The sound is exactly what you would expect from a band who has forged their classic sound for the better part of 4 decades. Touring drummer Casey Grillo brings forth his performance into the studio for the first time, fitting into the sound palette seamlessly. “Chapters” is kicked off with Jackson’s bass and this rocker’s chorus will have you head banging immediately. “Lost in Sorrow” starts with a guitar riff with all the ingredients of a classic Empire groove. Then the Rage-inspired “Sicdeth” is another great rocker which includes some dual-guitar action and a typical QR breakdown all while LaTorre’s vocals soar with grace and power.

Next comes a micro-epic “Behind The Walls” which sounds like a throwback to the Rage For Order era, featuring keyboards alongside the group’s prototypical dualing guitar solos. “Nocturnal Light” and “Out of the Black” are two guitar riff-centered rockers which show the bands ability to push their sound forward while maintaining the classic roots which has endeared long-time fans. The 8th track brings in a drastically different vibe in the form of a power ballad-type song. Perhaps being a unique coincidence with the fact “Silent Lucidity” is also the 8th track, “Forest” incorporates acoustic guitars, mellow drums, and LaTorre’s lower vocal range. This is a timely break from the usual ‘fists in the air’ tracks.

“Realms” and “Hold On” continue the faster pace moving along with more killer guitar riffs and solid drumming. “Tormentum” is the final original track which clocks in at 7.5 minutes. This is another micro-epic with several breakdowns and mood swings which showcase how this post-Tate effort is the band’s most mature effort yet. This is surely one of the top metal-prog songs of the year. For good measure, the bonus track is a surprising yet worthy cover of Billy Idol’s “Rebel Yell”.

‘Digital Noise Alliance’ is an album which reaffirms Queensryche’s place as pioneers in the prog-metal world. It is clear the ‘DNA’ of the band’s beginnings are programmed into the current music’s fibers, but the music sounds more inspired than any album they’ve done in recent memory. Perhaps the name gets them in the conversation of an end of the year contender, but their performance locks them in as a top album of 2022.

‘Digital Noise Alliance’ out on October 7, 2022 on Century Media.
Highlights: Behind The Walls, Forest, Tormentum