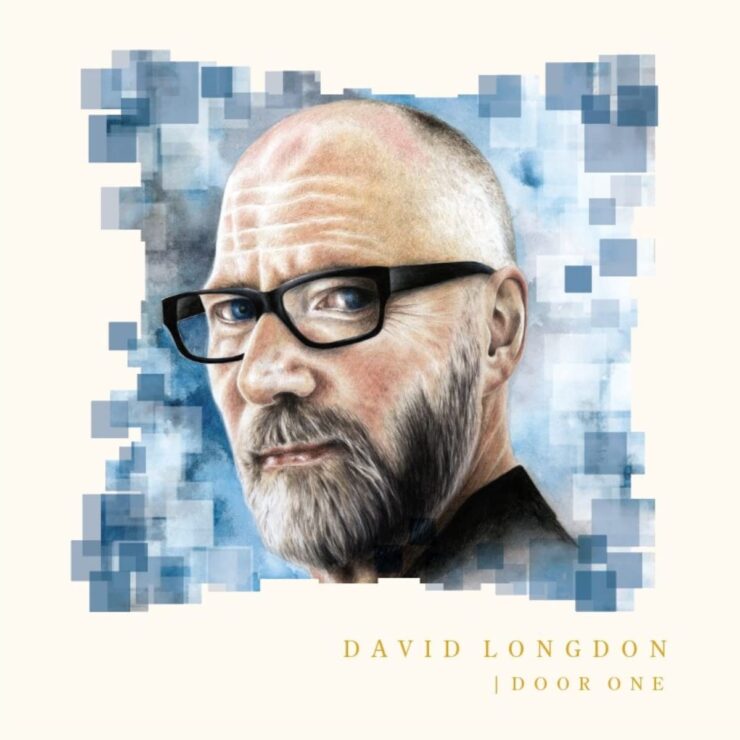 Facing a blank page (or in my case, screen) to put down some thoughts about the late David Longdon’s final album, Door One, is a daunting task. I won’t pretend that I knew David, and I never got to meet him. The Big Big Train gig I attended in Edinburgh in 2019 will always be etched in my mind as one of the stand out concerts and performances I’ve ever been to, irrespective of how things ended up turning out – and it’s that, plus my love of the music he was a major part of creating with BBT, and the kinship that the music invokes in fans, that makes his passing a painful one. Plus we see how it affected the family, both literal and the band-family – our “loss” in no way compares to their… but we feel it.

Having acknowledged that, I’m going to put on my reviewer’s hat and tell you about the album. Given the circumstances, this wasn’t created as a “last will and testament” and I’m not going to look at it through that lens.

Perhaps surprisingly for an album made by someone known mainly as a Lead Singer, the album opens with an atmospheric instrumental – and that’s absolutely as it should be; because David’s talents were much broader than that of a frontman. So this is David as composer and musician, and we hear that throughout this album. Starting with the sounds of nature, which lead to some quite dark and ominous music and the sound of footsteps – it conjures in my mind a Twin Peaks soundtrack type atmosphere. Gradually other instruments get added as the intensity builds, and the piece is brought to a close when some picking on guitar or perhaps another stringed instrument appear.

With the decks cleared by the opener, the heavy piano notes of “Watch It Burn” start this uptempo track, which is a reflection on the end of a relationship – and the lyrics are confessional and pretty stark stuff. The singer, while acknowledging his part, very much lays things at the feet of the other party. The word-craft on display is fantastic: “The misery you choose is entirely up to you – take a match, strike and ignite” is a stand out line both in terms of the words and the delivery as Longdon’s voice soars!

“There’s No Ghost Like An Old Ghost” is next, kicking off with Jeremy Stacey’s drums, a highlight of many tracks on this album. Stacey is one of four main musicians featured, along with bassist Steve Vantsis, saxophonist Theo Travis and Longdon’s former band mate from Gift Horse, Gary Bronham who contributed many instruments to the album. And of course David himself contributes a whole variety of sounds and styles to the tracks. This one has a funky edge, powered along by electric piano, with some clavinet and Travis’s sax joining towards the end of the track. First time I played it, my immediate reaction was to hit “Repeat” and play it again!

“The Singer and the Song” follows and … at the risk of making an overstatement, this track is one that basically should be a standard! It’s a reflection on the quality experience of singing to an audience, no doubt drawn from David’s experience of doing just that: “I hit the stage as they strike up the band, the audience moves to the beat. Energy flows and the circle’s complete”. It’s a great exposition of how the finest performances are a communion between performer and listener, with the singer as the focal point – and if you’ve been to a Big Big Train gig you’ll know exactly what David is talking about. I said earlier this track “should be a standard” – what I mean by that is that I could easily hear this song being interpreted by any number of singers (certainly those outside of the rock / prog tradition!), and that’s testament to the songwriting prowess that this album is filled with.

Door One’s lyrics tackle many areas of his life which were challenging, and the theme of difficult relationship issues that David faced earlier in his life runs through it. “Forgive (But Not Forget)” is one such track, and, really, it’s a no holds barred song. There is some brilliant guitar work leading into the middle eight – “What were we thinking? Were we thinking at all?” – that leads to a powerful end section. The decks are cleared after that emotional trip with the orchestral intro to “Sangfroid” (which means “composure under trying circumstances”). Although it only runs for 30 seconds, it’s an excellent piece which shows another side to David’s compositional ability. This orchestral theme will return later in the song, which is stylistically different from the preceding tracks, but which works very well in the album context.

“The Letting Go” is the album’s epic, clocking in at 10 mins 41 second. The opening has hints of David Crosby’s jazzy inflections and song structures as well as the harmonies. Following on from the themes of relationships ending, this song is about “what to hang on to, and what to let go”. The jazz tones are supported by a fantastic saxophone solo by Theo Travis before everything shifts, around the halfway mark, into a different piano-led groove which brings a more optimistic tone: “You don’t have to let the fear of letting go keep you from embracing change”. An atmospheric coda brings us to the ending chorus, repeating the track’s title. This is definitely one that I feel grows more layers with repeated listenings.

The album closer, “Love Is All” feels like an emerging from the pain of Letting Go, and finding your place of calm. It’s a good thing to know that this album was 95% complete at the time of David’s passing and so what we are hearing is pretty much his complete vision for this set of songs. Given that we know that David found much happiness in his relationship in the later years of his life, I can think of no more fitting ending than: “Love is the only thing that matters – love is all”

The quality of the writing and playing on this album make it an absolute standout album of 2022 for me. The sadness of knowing that David’s voice is now silent is eased by the wealth of incredible music he has left us – and this album stands as one of his very best.