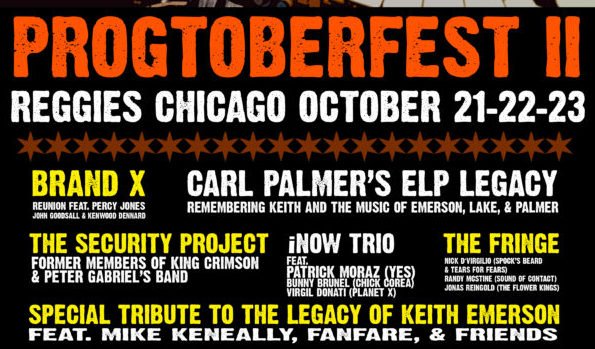 We speak with event organizer Kevin Pollack about the upcoming event.

The 2nd Progtoberfest is around the corner from Oct 21-23 in Chicago, and is certain to be another successful Prog event in the US.  3. This year’s lineup includes the reunion of BRAND X, Carl Palmer’s ELP Legacy, The Security Project feat. former members of King Crimson & Peter Gabriel’s band, iNow Trio feat. Patrick Moraz (YES), Bunny Brunel (Chick Corea) and Vigil Donati (Planet X), The Fringe feat. Jonas Reingold, Randy McStine and Nick D’Virgilio, and Rikard Sjoblom of Beardfish.

We spoke with the event organizer Kevin Pollack about the event and how he was able to do it again.

“This is the second year that this event is happening. We first premiered the fest in October 2014 and it went over very well. We had about 22 bands perform on 2 stages. People wanted it to happen again. It was over a span of 2 days. We were going to do it in 2015 but logistically it couldn’t work. This year we are stretching the fest out to 3 days with 29 bands on 2 stages performing at the same time.”

Kevin says there a lot of challenges from selecting the band to letting people know about it.  “I listen to A LOT of bands daily. “I’m also fully aware of all the big prog rock bands around and took recommendations from friends.  The biggest challenge have been advertising and getting the word out. In 2014, we didn’t have as many people as we’d hoped, but this year with this stellar lineup, I hope a lot more people will come! The crew at Reggies is outstanding with taking care of all the technical aspects of the festival so that really helps a lot.  The Prog community in Chicago is a very tight-knit community. There are a lot of Prog fans in Chicago from what I can see with the attendance at most Prog-related shows. The fans are definitely really into it.”

Pollack says there is something for everyone this time around.  “For people who’d like to attend Progtoberfest, I can assure you you’ll have a great time! We’ll have bands playing on 2-3 stages all weekend. We also have a restaurant with great food, a record store on the second floor and a rooftop BBQ with a bar and we’ll be showing concert films/Prog-rock concerts on the big screen on the roof as well! There is plenty of stuff to do to keep busy, and that’s what people loved most when we had the festival in 2014.”

There are plenty of tickets still available! You can get tickets here: 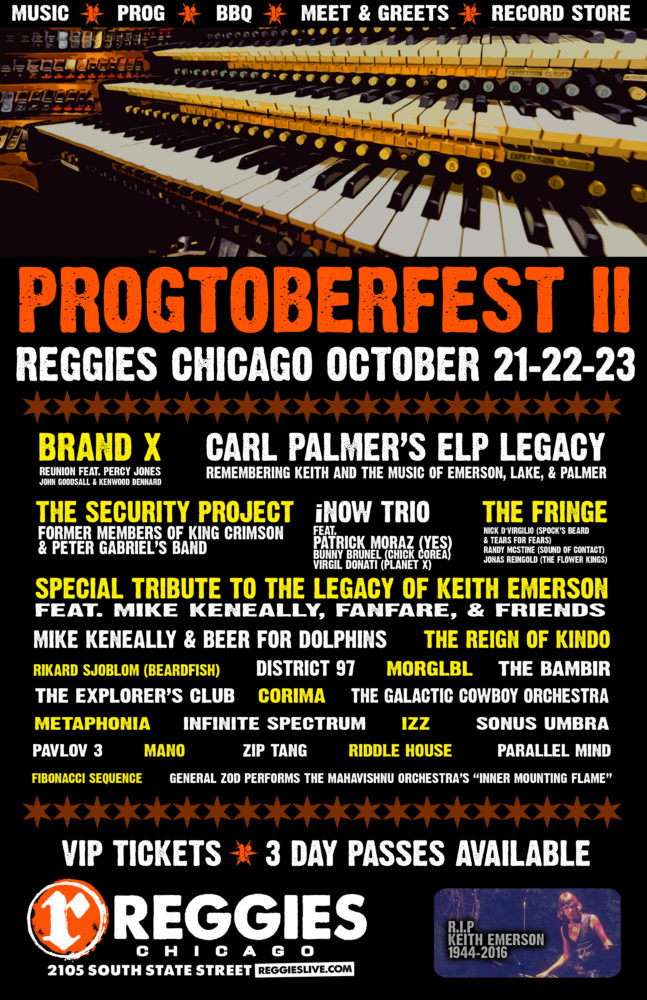