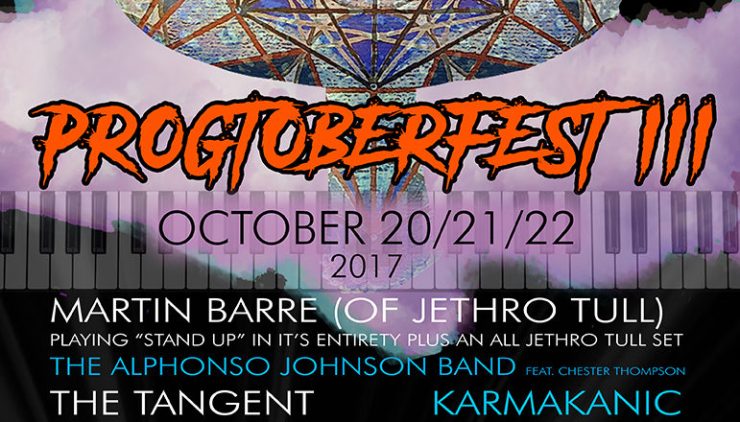 Progtoberfest III goes on sale today, March 14th, with its biggest and best lineup.  We caught up founder/organizer Kevin Pollack to find out all the details on this year’s event which runs from Oct 20-22.

What is the latest with Progtoberfest?
Plans are moving along swiftly! Tickets are now on sale. We will still be adding one more headliner for Sunday in due time, but wanted people to be able to buy tickets now. We started planning this lineup back in November 2016.

The lineup looks amazing. How hard was it to get so many great bands?
It wasn’t hard at all. I started early with the bands, and after last year’s fest, I promised people this year will be bigger and better! So I went after as many bands as I could fit in 3 days. You’d be surprised how great it all worked out!

What can people expect this year?
A very diverse lineup. What I like to do is explore outside of progressive rock and go into sub-genres, like Jazz Fusion and post rock. I like to make Progtoberfest a fun atmosphere for people, and Reggies is the best venue for it. We’ll be having bands overlapping in 2 rooms on stages throughout all 3 days, there’s a record store on the 2nd level where we will have meet and greets with the bands and there is a 3rd floor rooftop where people can hang with a full service bar, and an all you can eat BBQ. Reggies has great food so people will not be disappointed!

Who is headlining each night?
Friday night we have the Dave Kerzner Band performing a Tribute to Greg Lake & John Wetton, The Alphonso Johnson Band feat. Chester Thompson, and Aisles (from Chile).

Saturday night we have The Tangent (from UK), Karmakanic (from Sweden), CAST (from Mexico), Wobbler (from Norway), Mike Keneally & Beer For Dolphins, Necromonkey (from Sweden) and Bruce Soord of The Pineapple Thief (from UK).

Sunday we’re excited to have a very special and exclusive show of Jethro Tull’s Martin Barre Band performing the iconic Jethro Tull album Stand Up in its entirety plus an ALL TULL set!

Is the festival audience growing each year?
When we first had the festival in 2014, we only had about 200+ people, then in 2016, we grew even more. This year, with this lineup, we hope to sell out and get more people coming from all over.

Where can people get tickets?
People can buy tickets on Reggies’ website www.reggieslive.com or through the direct ticket link here: https://www.ticketfly.com/purchase/event/1450049?utm_source=MEL&utm_medium=214872 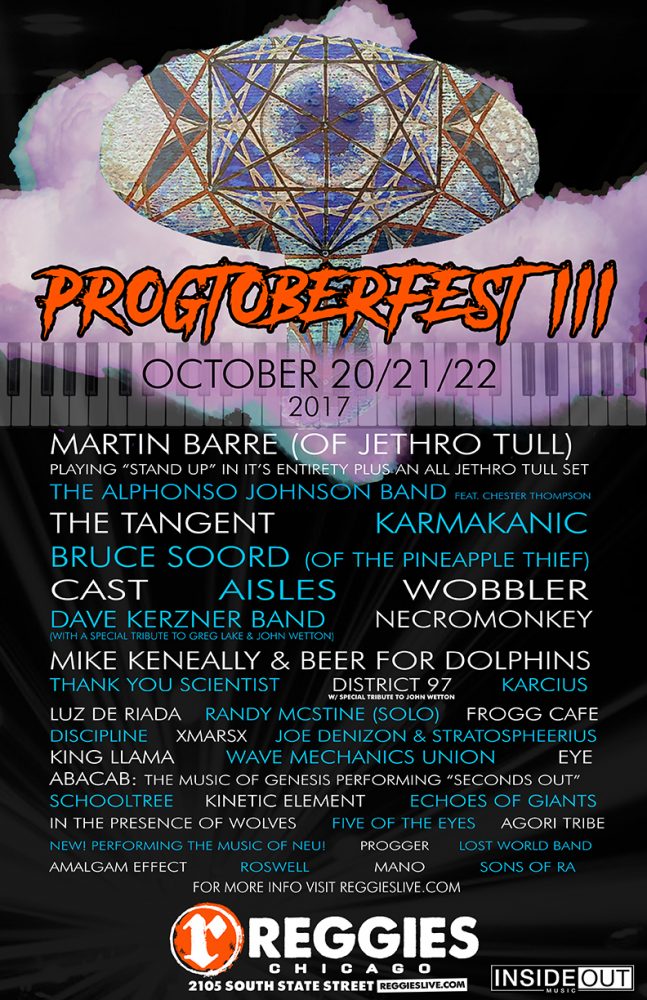