Prog and Crowd-funding: Not such a new idea after all 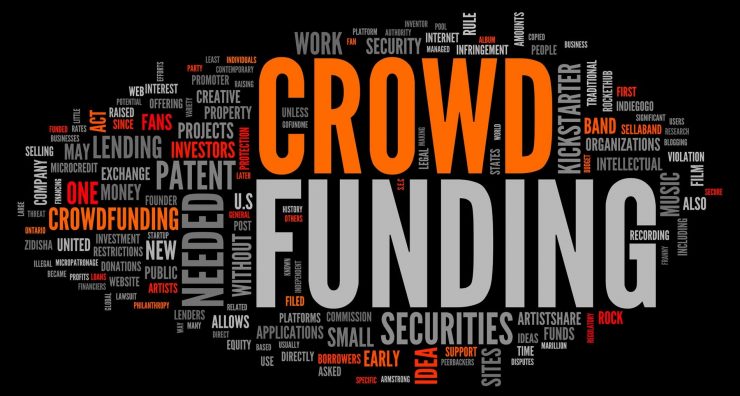 A look at the history of crowd-funding in Prog.

With the huge success of the recent crowd-funding campaign for Lifesigns’ new album “Cardington”, Prog Report decided to investigate the phenomenon of Crowd-funding and its relationship to Prog.

Progressive Rock fans are fiercely loyal. They are emotionally invested in their favorite music, and they feel a personal bond with the artists that make it. So much so that they will, it seems, go outside normal industry practices to ensure that their favorite genre of music continues to be made, and that its creators directly feel their support. Besieged by (mostly) commercial music released by the major labels, Prog fans are constantly wondering whether their beloved niche bands will be able to continue to yield new product. Thus, being (very possibly) the least commercial form of modern music, Prog is likely to be the genre in which most business innovation and “do-it-yourself” thinking by artists is likely to flourish. And indeed it is so, despite the existence of several very good Prog labels, who cannot sign or finance every act, but will certainly pick up acts that have successfully crowd-funded an album. Crowd-funding sites like Pledge Music might seem de rigueur to young millenials today, but this idea was, in fact, invented by a Progressive Rock band, and has given rise to an entire new business model in the music industry. Prog and Crowd-funding are therefore inextricably linked.

Marillion were, in the early days, signed to EMI, with whom they recorded four top-ten studio albums. When Steve Hogarth replaced Fish, Marillion’s music changed somewhat, although most of their fans remained faithful. In 1996, EMI dropped Marillion, and the band had some serious decisions to make. Being the innovators they were, instead of hitting the pavements to look for another record company, they did something different that carved their place in music business history forever. They went on to their website (remember, this was 1996) and asked the 30,000 fans on their database to trust them and pre-purchase their next album (to be called Anorakophobia) before they had even written or recorded one note of it. This move, which had never been considered before, was laughingly predicted by some to be a non-starter (pardon the pun), but turned into a raging success. To everyone’s amazement, over twelve thousand fans pre-purchased the album at full price or more, effectively financing the recording (and a new studio) for the band. As promised, the band wrote and recorded the album and released the album through a distribution deal eighteen months later. This brilliant strategic move, made 20 years ago, started the model we now know as crowd-funding. It is ironic that a band once called the “Dinosaurs of Rock” should prove to be the pioneers of the DIY Internet music age, but that is exactly what they were.

This type of forward-thinking business creativity has secured Marillion’s future, and the band have gone from strength to strength since the dark days of EMI dropping them. They are recognized and duly credited as the creators of the now well-established crowd-funding business model that has given rise to formal crowd-funding platforms like Kickstarter, Pledge Music, Indiegogo, Sellaband and others. Off “Anorakophobia”, here’s “This is the 21st Century”

Marillion have stuck with the model, recently using Pledge Music to fund their latest album F.E.A.R:

Some Prog bands have taken “the Marillion model” to the next level. One of these is the superb American Prog band Spock’s Beard. When the time came to release their tenth studio album, X, in 2010, the band decided to follow the Marillion model. But they did something quite special in addition. When they sent the pre-purchase mail out to their fan base, they also invited a limited number of fans to become ‘honorary executive producers’ of the new album. The promise was that these fans, limited to 200 in number, would pay an extra amount for their albums, and their names would be personally listed on the album’s CD booklet. Very cool. But there was another surprise in store for those lucky fans that paid the ‘honorary executive producer’ fee. When the album arrived, some eighteen months later, those fans found not only that their names had been listed on the Limited Edition CD booklet, but also, on playing the CD, that Spock’s Beard had written and recorded a fabulous song called ‘Their Names Escape Me’. This beautiful song featured the singing of every honorary executive producer’s name, in three to five- part harmony, by the band, in a rising crescendo. Beautifully written, beautifully arranged and beautifully performed – all using fan names acquired before the release of the album, and all due to the Marillion model of pre-purchase. Now that is innovative use of the internet and the new business models that it brings. Many fans have lamented failing to select this option, and constantly beg the band to do it again, to this day. You can hear why:

“Their Names Escape Me”

The next development of the model to be used by Spock’s Beard (who had by now completely bought into the concept) emerged with the announcement in December 2012 of the pending release of their next album, to be called ‘Brief Nocturnes and Dreamless Sleep.’ The band offered several pricing options with pre-purchase, one of which included the purchaser actually singing back-up on the album. Spock’s Beard stated as follows on the pre-order mail, sent out on 3 December 2012: ‘The basic reality is that the music industry has changed and the days of adequate recording advances from the record label are long gone. We spend much more recording our CDs than we get as a recording advance, so we need to get some outside funding to complete the project. Our goal here is $25,000, which is actually far less than what we need to record, mix and master our CD, so hopefully we will exceed this goal by a large margin, but this amount will commit us to finishing the CD. We truly appreciate the loyalty and trust that you give us by contributing to this CD sight unseen, so we are designing some perks into this preorder as a way of thanking you.’
The options offered by Spock’s Beard with pre-order of the album ranged from downloads to autographed limited edition CD’s, to one of Ryo Okumoto’s bandanas worn in studio, to the right to have the fan’s name and photo in the Limited Edition CD Booklet, to ownership of the keyboards, bass and drum kit actually used in the recording! Finally, it included the opportunity to have lead vocalist Ted Leonard sing a song of the fan’s choice. Talk about taking a music business model to the next level. The financial goal was reached (three-fold), and the album is killer:

UK Prog band Caravan crowd-funded their 2013 album, Paradise Filter, on Pledge Music. The fans were given the opportunity to decide on what the packages should look like, and ultimately, all kinds of packages were offered, including a package where the fan could pre-pay to appear in studio as guest artist on an instrument of his choice on the yet-to be released album (in this case the fan chose Vibra-slap, and he’s pretty good).

“This is What We Are/Paradise Filter”

Lifesigns’ recent Pledge Music campaign achieved its goal in the record time of two days (including some packages to “hang” with the band in studio for a day). The campaign has exceeded the band’s and fans’ wildest expectations. The campaign reached its target within two days, and one day later, a label approached the band to assist with distribution, and the new Lifesigns album, “Cardington” will now become a reality. The pledges continue to flow in, and the budgeted amount is likely to be doubled or even tripled. While we cannot play you a song, because Lifesigns are yet to start recording the album, here is one of the songs (currently a single) that will feature on “Cardington”, called “Impossible”:

With Crowd-funding, any type of contribution and reward by and for fans, becomes possible. No lesser an artist than Devin Townsend has also turned to crowd-funding for this reason. The second Ziltoid album, “Z2” (as well as his most recent release “Casualties of Cool”) was crowd-funded, and allowed Devin the opportunity to ask fans to provide backing vocals to certain songs by way of MP3 upload to his “Universal Choir”. Voices from all over the world appeared, and the result was stellar.

So, it seems that Prog and Crowd-funding are forming an embryonic but often irresistible combination, with everyone, including record labels, winning. The equation works simply because of the impenetrable loyalty of Prog fans. When a business model is invented that attracts more money to Prog and its creators, as well as the opportunity to be involved in the process of creating the music, we should be grateful, So Prog Report says thank-you to Marillion for starting it all.