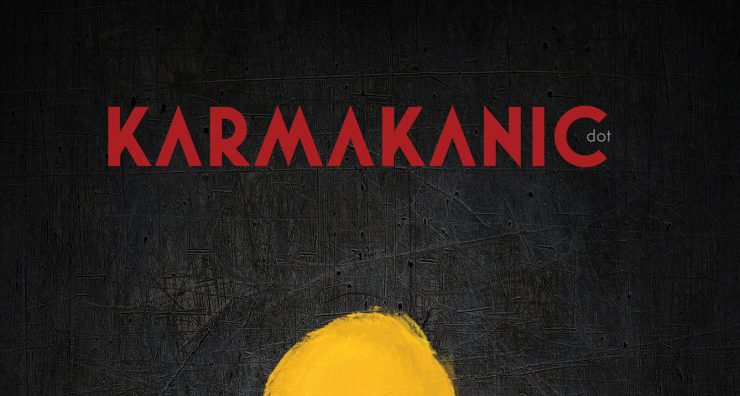 An introduction to the best of Karmakanic.

Variously described as “melodic prog”, “art-prog”, “jazz-rock”, “alt-prog”, “symphonic prog”, and a list of other epithets as long as your arm, it is extremely difficult to categorize Karmakanic’s varied basket of sumptuous music. But one thing is certain – those who know this Swedish band of virtuoso musicians are in full agreement that their brilliance is under-appreciated. Fans of Karmakanic are fiercely loyal and protective of one of Prog’s best-kept secrets. But we at Prog Report believe that the time is ripe, with the release of Karmakanic’s new album “Dot”, to expose this amazing band to a broader fan-base. So we asked ourselves: ‘How do we compile a list of songs that will reveal the joys of one of Europe’s finest Prog bands to the uninitiated?’ We’re not certain that we know the answer, since Karmakanic’s catalogue is so hugely varied and filled with joyous gems of Proggy goodness, as to make the task well-nigh impossible. But we have tried nonetheless. So here is Prog Report’s list of ten Karmakanic songs that new fans should listen to. Share the goodness…

10) “Let In Hollywood” (from the 2008 album ‘Who’s the Boss in the Factory’)  – An excellent introductory song for newcomers. Shorter than Karmakanic’s usual fare, it is nevertheless simply awe-inspiring in it’s illusory brevity. Full of stops, starts, surprises in arrangement and a powerful hook, the song is ironically about the vagaries of the music industry: “This song’s in 7/8, there’s no hook, no four on the floor” complains the record label executive busy rejecting the song. It is indeed in 7/8, and it is jaw-droppingly impressive. Good-bye Mr Label Executive – you are not needed.

9) “Send a Message From the Heart” (from ‘Who’s The Boss In the Factory’) – This song might be a fuller introduction to the band. Beginning with a heartwarming vocal introduction from Jonas Reingold’s (then) young son, the song slowly builds into an epic extravaganza such that only Karmakanic can deliver. It’s all there – breathtaking melody, lyrical brilliance, instrumental bravery – a veritable avalanche of Prog.

8) “Do You Tango?” (from the 2003 album ‘Wheel of Like’) – We were in two minds whether to include next song “Do U Tango?” in this list, because we do not want to frighten new listeners away with sheer instrumental virtuosity and crazed complexity. But we have faith in you, dear reader. Possibly the most complex performance on this list, the song only has two lines of lyrics, those being “Excuse me, do you want to tango? I want to dance” and “one, two, three, four”. The rest of it is a veritable tsunami of avant-garde instrumental insanity that could easily scare you away the first time you hear it. If it does, hang in there, and remember that the song is a parody that mocks simplistic dance music. The band’s prowess, speed and skill speak for themselves on this track.

7) “The World Is Caving In” (from the 2011 album ‘In A Perfect World’) –  A nine-minute Prog tour-de-force that ebbs and flows around a spiritual theme and an existentialist hook that will not fail to enamor you.

6) “Entering the Spectra” (from the 2002 album ‘Entering the Spectra’)  – No Karmakanic list would be complete without a song from 2002‘s debut album “Entering The Spectra”, which included Reingold’s Flower Kings band-mates, Roine Stolt and Thomas Bodin. The chosen song, of course, is the title track. Memories of this amazing piece of music introducing this band of virtuosos to the world are too hard for us to resist. Expect a whirlwind of melody, power, quirkiness, musicianship, surprises and gratification (if not instant, then at least very substantial.)