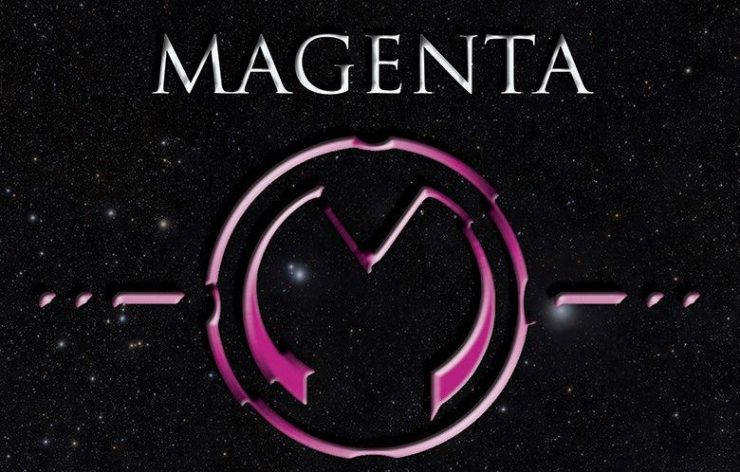 A look at the top songs from Prog group Magenta.

Magenta, the highly-regarded Welsh Prog band led by Rob Reed, move in very respected circles (members were, for example, involved with Steve Hackett’s “Spectral Mornings” and have won many Classic Rock Society Awards over the years). Magenta are well-supported in the UK, but our feeling is that our US-based readers may find that not enough American exposure has been given to this excellent band. Having released twelve top-class Prog albums, it is not easy to attempt to list ten songs that would serve as a good introduction to the band, but we have attempted to do just that, for your Proggy convenience. So here is your list of top ten “must listen” songs by Welsh Progressive Rockers Magenta:

10) The Ballad of Samuel Layne
Possibly the best song off Magenta’s darkest album, “Metamorphosis”, opening track “The Ballad of Samuel Layne” is a 20 minute epic that combines Reed’s great compositional chops with award-winning vocalist Christina Booth’s vocal acrobatics to produce a journey that is somewhat more doom-laden than the band’s usual fare, but deserving of a place on this list nonetheless.

9) Glitterball
2011’s “Chameleon” is perhaps Magenta’s least-heralded album, but it contains some great moments nonetheless. One of these is “Glitterball” which has become an expected mainstay at the band’s live gigs. Built on an excellent Reed keyboard riff, the song allows Booth to take flight, which this gifted vocalist does with ease.

8) Envy
Magenta’s world-class guitarist Chris Fry opens song no 8, “Envy” from 2004’s brilliant concept album “Seven” (which contains a song dedicated to each of the seven deadly sins). Booth shines as brightly as ever on this song. It is true 70’s symphonic Prog done with Reed’s modern production technique, and should please new listeners greatly.

7) A War Bride’s Prayer
Also from “Metamorphosis”, the heartbreaking “A War Bride’s Prayer” contains exactly the lyrical content that you would expect, and the melody is one of the band’s most beautiful. More ballad than Prog, it nevertheless deserves its place on this list.

6) Children of the Sun
Debut album “Revolutions” was Magenta’s declaration that it WAS acceptable to revive the 70’s spirits of Yes and Genesis, and they did so openly and unashamedly with this album. If you were a fan of those bands, you will love this record, and in particular, opening suite “Children of the Sun”. Yes, you should listen to all four sections of the suite (sound familiar?)