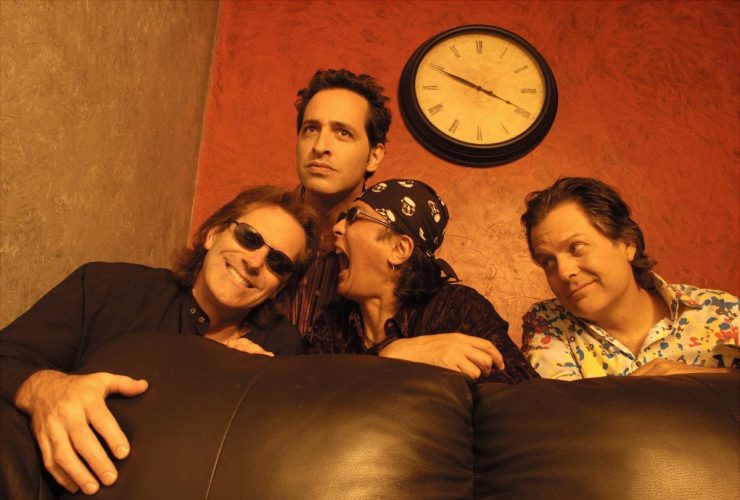 A look at some of the best tracks from the Nick D’Virgilio era of Spock’s Beard.

Spock’s Beard have had a odd similar backstory with Genesis with their frontman leaving right after their successful concept album and having the drummer take over as lead singer.  While Spock’s didn’t end up having international pop stardom after the transition, they still did produce 4 really great albums, of which the last two with Nick D’Virgilio on vocals found the band really hitting their stride.   Now the band has Ted Leonard on lead vocals of course (another Genesis similarity) and a new album coming out on August 21st, The Oblivion Particle, but we thought why not look back at the second phase of Spock’s Beard: the Nick D’Virgilio era.

On A Perfect Day (from the album Spock’s Beard): The 3rd album following Neal’s departure was appropriately self-titled because it showed the band announcing, ‘we figured it out and here we are.’ While the previous 2 albums had some great moments, they were not complete albums in the way the final two were. This track, the opener from the album, harkens back to classic albums like V and bring back the Prog to the band in a powerful way.

Edge of the In-Between (from the album X): This is 4th and final album with NDV as the singer and the best of the 4 albums.  This is the album with the most cohesive sound post-Neal.  It is a much darker and progressive album then the few before it but still maintains the same musical elements the band was known for.  This opening track is one of the best of this period.  The piano groove is killer and the song goes in all sorts of interesting directions.  A Spock’s classic.

She Is Everything (from the album Octane): The second album with Nick as lead is mostly centered around a 7-track piece called A Flash Before My Eyes.  It is the story of a man who gets in a car crash and sees moments of his life as he either lives or dies.  The best track from that is this one, a powerful ballad that features one of Alan Morse’s finest guitar solos.

Jaws of Heaven (from the album X):  The closing track from X, this is one of the darkest tracks in the group’s catalog but it is an Epic monster.  The band went all out as far as playing on this album and this track has some incredible moments by all members.

Rearranged (from the album Spock’s Beard): This track is unique not only because it is as much a rock track as it is Prog, but it is also the lyrics that are poignant here.  Nick sings, “I have never been in this, for all the fortune and fame.  All I ever wanted was to be in the game.”  The closing track from the album, the ending is strong and makes this one of the more fun tracks on that album.

Carry On (from the album Feel Euphoria): This was the first album post-Neal and while there are some really great moments on it, you can tell it was a band trying to figure it out.  The last track on the album is one to recognize not only because if the message to “Carry On”, but it was also the track that showed they could still be epic and have that Spock’s Beard sound.