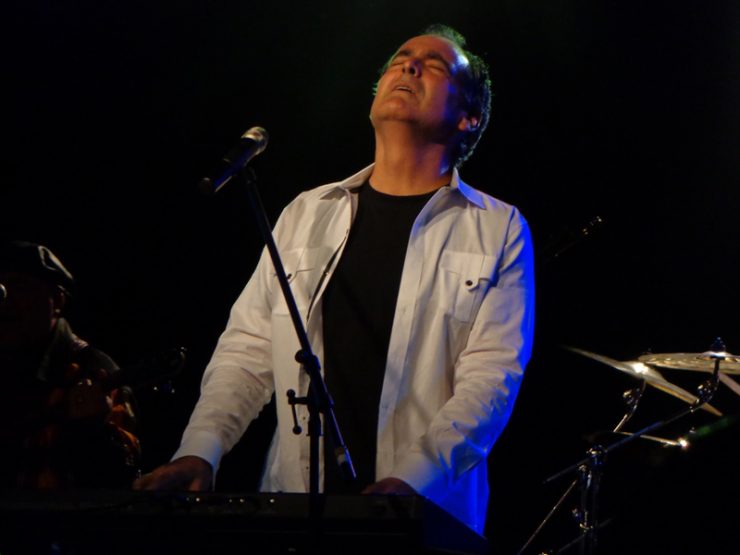 Neal Morse is due to release another Prog masterpiece on Feb 10th, 2015 so in anticipation for that album which will contain a new 25+minute epic, we wanted to list the Top 5 Neal Morse Epic songs from his solo releases. By “epics” we mean the songs that are above 20-25 minutes.

5-So Many Roads (Taken from the album Lifeline) – Easily the best song on the Lifeline album, it takes the listener through all the different roads one man telling his story has taken.  The highlight is “The Humdrum Life” section in the song.

4-World Without End (Taken from the album Momentum) – Momentum is a strong album all around but this epic track is one of the higlights.  There are some really interesting musical sections in this one especially in the “Some Kind of Yesterday” section towards the end.

3-Seeds of Gold (Taken from Testimony 2) – Seeds of Gold is a stand alone track on Disc 2 of Testimony II.  The highlight here is the solo section by Steve Morse in the second half of the song.  This was before they worked together on Flying Colors but shows what was due to come.

2-The Door (Taken from Sola Scriptura) – The opening track on the 4 song Sola Scriptura, this song introduces a heavier side musically to Neal’s music, probably due to the subject matter.  The acoustic passage of “All I Ask For” is one the album’s most memorable moments and reminiscent of Transatlantic and Spock’s Beard.  It also features Paul Gilbert soloing in the end.

1-The Conflict (Taken from Sola Scriptura) – While perhaps controversial in the subject matter as it has been described, this is #1 on the list due to the diverse musical sections and the incredible melodic parts.  The beginning of “Do You Know My Name” is super heavy, “Underground” is one of the best Prog moments in all of Neal’s music and Portnoy is unbelievable on this part as well, “Two Down, One to Go” is a latin flamenco section similar to “The Light”, and the ending of “Already Home” is a perfect pop song with one of Neal’s strongest melodies.