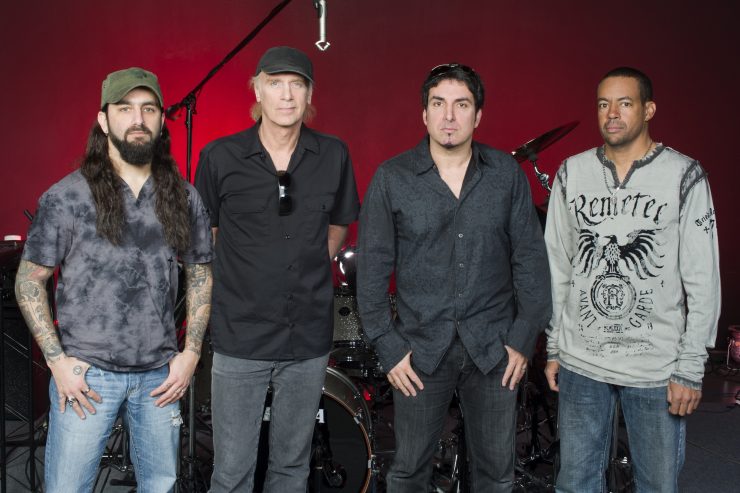 Mike Portnoy, Billy Sheehan, Tony MacAlpine and Derek Sherinian join forces as a virtuoso band that plays all-instrumental material from each of their solo records and their previous collaborations as well as classic instrumental covers and extended solo spots.

Mike Portnoy formed the lineup to perfom at two drum events at the NAMM show last January. Due to overwhelming response that band took the show on the road and released a DVD called Live in Tokyo.

“I knew when assembling this lineup that it would be a magical musical experience that would be a blast for us as well as the fans!  I can’t wait to play again with these tremendous musicians and share the experience with you all at these special shows!” says Portnoy.

Catch the group on board the cruise playing with all-star guests.