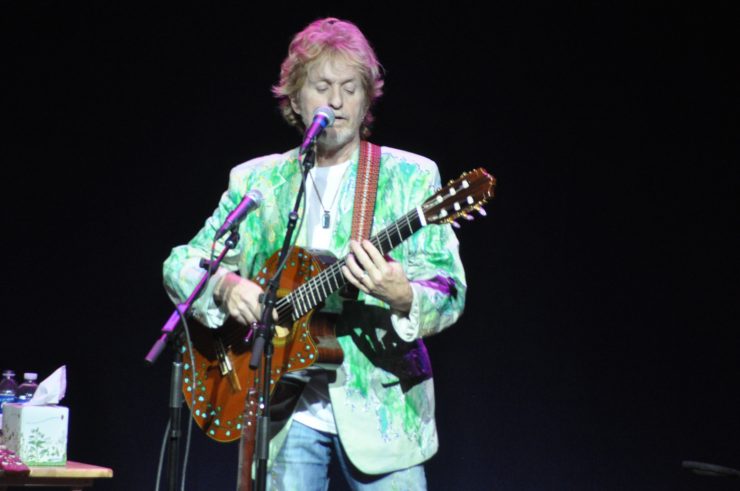 Jon Anderson is the legendary former singer and one of the founders of the band YES, one of the pioneering Prog bands of the 70’s and 80’s.  He is also an accomplished solo artist and has collaborated with musicians such as the Greek musician Vangelis, amongst others.

Anderson, along with Chris Squire and Peter Banks formed Yes with drummer Bill Bruford and keyboardist Tony Kaye.  Anderson is recognized as the main instigator of a series of epic works produced by Yes at the time.  He played a major role in creating such complex pieces as “Close to the Edge”, “Awaken” and “The Gates of Delirium”. Their debut album was released in 1969. Rick Wakeman joined in 1971, and Anderson stayed with the group until 1979.

He rejoined a reformed Yes in 1983 which produced their most commercially successful album 90125 with newcomer Trevor Rabin.  He appears on all Yes albums, except for their 1980 album Drama, and their 2011 album Fly from Here.  Anderson is also responsible for most of the mystically themed lyrics and concepts which are part of many Yes releases.  Jon continues to write and perform as a solo artist.