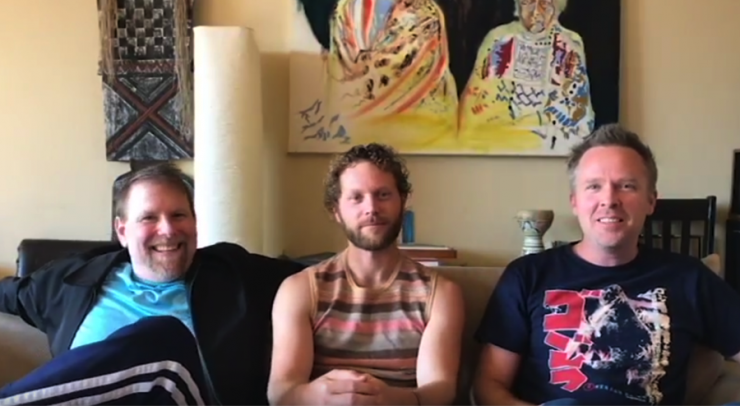 LA progressive rock outfit Perfect Beings have just released their latest album and debut for InsideOut/Sony Music, Vier. The album finds the band at their experimental best with a diverse collection of tracks including the first two singles, “Anunnaki – Patterns of Light” and “Vibrational – Mysteries, Not Answers.”

In a new video, members Ryan Hurtgen and Jesse Nason, along with Sean Reinert (Formerly of Cynic),
(Johannes Luley does not appear in the video) talk about the new album, how Reinert joined the band and upcoming shows.

Read our review of their fantastic new album Vier.