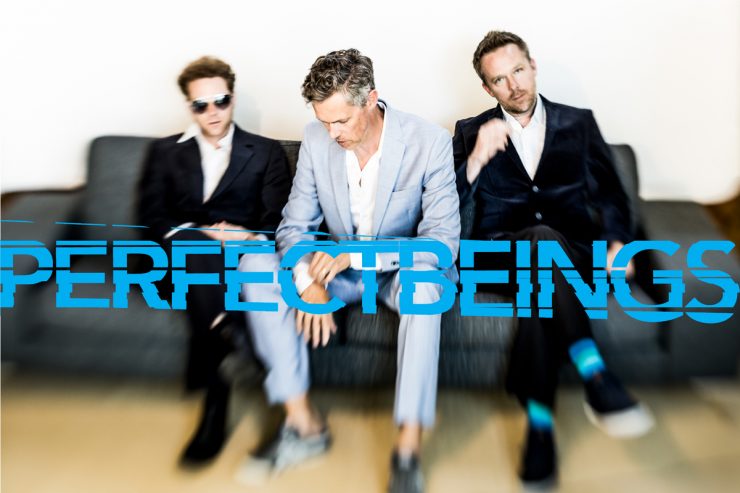 Perfect Beings have signed with InsideOut Music for their upcoming new album, due January 2018.

The band had this to say on the upcoming news:
“We are very excited to announce we have joined forces with renowned prog label InsideOut. We are also so proud to announce that we have a new drummer. And not just any drummer, mind you. Joining the band is modern progressive drumming phenom Sean Reinert, whose innovation has been heard with Death, Gordian Knot and as a founding member of Cynic!”

Perfect Beings are also pleased to announce a performance at RoSfest 2018, Saturday, May 5th at 2pm.
RoSfest takes place in Gettysburg, PA and will run May 4th-6th, 2018.

“Get yourself to RoSfest in May, 2018, as we will be performing material from all 3 of our albums!”

About the band:
In November of 2012 Luley approached Hurtgen about collaborating on a progressive rock project. It was Luley’s intention to create an album that honored the style and live musicality in traditional Prog rock mediums. Hurtgen, a fresh songwriter transplant to California via Nashville, TN, agreed and began writing sketches for a concept album based on author Suhail Rafidi’s novel, TJ & Tosc. Over the course of 2012 and 2013, Luley and Hurtgen composed and orchestrated the Perfect Beings Project.

With the help of drummer Dicki Fliszar, keyboardist Jesse Nason, and bassist Chris Tristram, the five players began rehearsing the songs to record a live record in the same fashion as the Progressive Rock acts of the Golden Era. In April, 2013 with the help of engineer Julian David, the band recorded Perfect Beings in a span of 3 weeks at My Sonic Temple studio in Los Angeles. In late 2015 their sophomore album was released to high critical acclaim.