Pain of Salvation – In the Passing Light of Day (Album Review) 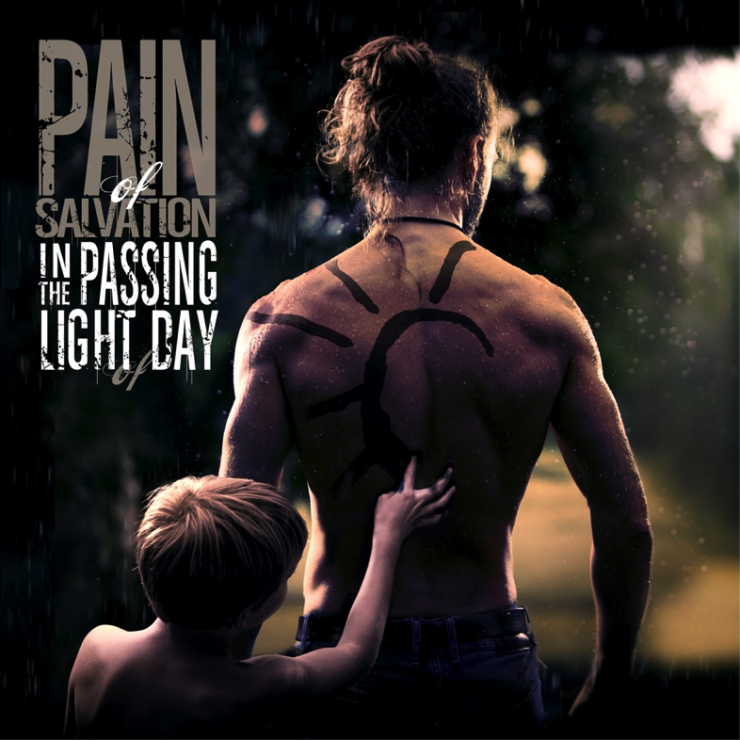 Is it better to burn out than to fade away? With their grand return, Pain of Salvation seem to say “It doesn’t matter, because you don’t really get that choice. You only get to choose who you will be In The Passing Light Of Day.”

Clearly a concept album about death, this progressive metal tour-de-force is also a love story, and manages to cover religion, sex, “politics, and poetry” along the way. Musically, the band delivers on the promise of a return to a heavier sound, and there are brutal palm-muted riffs and speaker-busting bass rumbles aplenty. Léo Margarit is the hero here; more thunder than lightning, he hits the drums so hard that you’ll have to sit up straight and pay attention. Still, with three people playing keys, the songs exhibit a variety of textures, from industrial sounding synths and effects to more tender piano.

The album opener, “On A Tuesday” encapsulates the subsequent themes and foreshadows the closing title track. The listener is immediately placed into both the setting (“I was born in this building/It was the first Tuesday I’d ever seen”) and the situation (“If I live to see tomorrow/It’ll be my Tuesday number two thousand, one hundred and nineteen”). Our protagonist notes, with uncanny clarity, that there are a set of unwritten rules for this situation: you are supposed pray, promise, vow, and beg for more time to live. But what good is a deathbed promise if you weren’t trustworthy in life? Gildenlöw spits defiance as the drums, bass, and staccato guitar explodes around his vocal. After flirting with vulnerability in a few quieter piano interludes, the song builds into an almost-militant anthem with programming, distorted guitars and keys, and cinematic synths.

The defiance of this opening track continues in “Tongue of God,” wherein our protagonist hurls an even heavier, more pointed invective against any deity who would commit him to this fate. Jean-Paul Sartre argued that human existence is, in part, defined by abandonment: we are completely responsible for our own actions, with neither God nor friend who we can entirely trust to have our backs. An authentic existence accepts this as an unavoidable condition of human life, but here and in the next track our protagonist seeks to shield himself from the pain of abandonment. In the face of seeming indifference from God and lover, our protagonist feigns his own indifference.

In “Meaningless” he claims that is hard to feel remorse for what he does when his lover “is so damn far away,” but eventually confesses that he is motivated by fear, grasping desperately for something he can control: “This guilt is a hole/But it’s mine.” The song sounds like a generic ‘heavy ballad’ in places, but gets a serious lift from the chorus, where Ragnar Zolberg turns in an absolutely stunning vocal performance. Zolberg’s high harmony vocals express our protagonist’s desperation, while Gildenlöw’s more measured growl is the face he wishes to present to the world.  The opening musical hook, which is a sample of Ragnar’s voice, is one of the album’s undeniable hooks.

“Silent Gold” serves as the ‘pop ballad’ counterpoint to “Meaningless,” a chance for the listener to catch her breath, and a straight-up love song. Between Gustaf Hielm’s nuanced bass groove, Daniel Karlsson’s emotive piano, and the stacked harmony vocals on the chorus, this track verges on R&B. Quite frankly, I wish the album leaned a little more in this direction. But to the delight of many, I’m sure, the band quickly returns to the heavy prog-metal they promised. Indeed, the album might be stronger had some of the extended heavy sections been judiciously edited and a song or two relegated to a bonus disc. Nevertheless, the musicianship is top notch throughout, and there are fun little twists, such as the Spock’s Beard-esque vocals on “Reasons.” “Angels of Broken Things,” one of the best tracks on the album, provides another musical and emotional highlight. A picked acoustic guitar intro gives way to pulsing bass (at various points throughout the album we hear bass, synths, and effects that remind us of the hospital setting), culminating in an extended ‘classic rock’ solo and a two-and-a-half minute instrumental ending that shows why Rush are often credited as the progenitors of the progressive metal genre.

Though there are several emotional and musical highlights on ‘In The Passing Light Of Day’, the title track stands even above the rest and meets the challenge of a satisfying payoff to the album experience. The song begins with ethereal woodwinds and quieter, finger-picked electric guitar as our protagonist reviews the beginnings of a relationship with his “lover, my best friend.” The first seven minutes of this fifteen minute epic closes with some lovely slide guitar, then transitions to a heavier ‘power ballad’ middle section wherein remembrance turns, finally, to genuine regret for past betrayals. If “God is what we do now,” as Gildenlöw sings on “Silent Gold,” then redemption perhaps consists in how we face what we cannot undo, what we will never accomplish. Authenticity is reached when our protagonist admits that “We are all burning out, fading away/Like the passing light of day/We’re all watching the colors turning grey/In the passing light of day/We may wish we could run, just walk away/From the passing light of day/ But at some point we need to stop and say/It’s okay.” In the end, this man overcomes his own abandonment by dying unafraid, with gratitude for his lover, who has remained with him until the end.

Any concept album about death comes with some built in gravitas, but that emotional capital can be invested or squandered. With In The Passing Light Of Day, Gildenlöw and company have invested Gildenlöw’s own brush with death and the band’s desire to return to a heavier sound, and the musical dividends sidestep both melodrama and simple grief. The narrative is suitably interesting as a story to observe, but our protagonist’s struggle for authenticity, along with the sheer power of the music, demands a more personal response from the listener. As such, this album will be remembered come December.