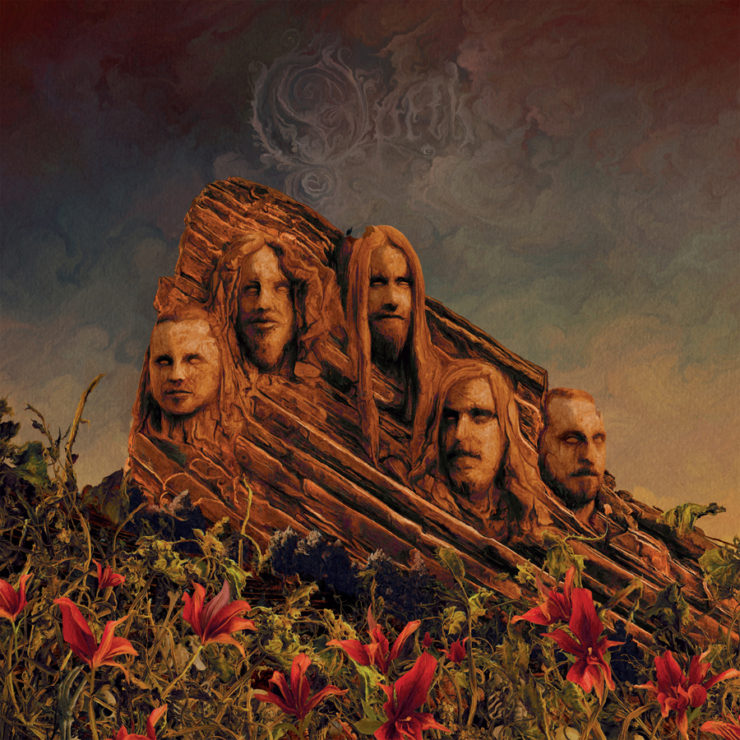 Opeth are known for their intense live shows and now comes the perfect representation of their live prowess with Garden of the Titans: Live at Red Rocks Amphitheatre.  Beautifully filmed in the open aired venue in Colorado, the band look and sound at their best. The vast view of the audience creates a breathtaking energy for not only the band, but the viewer at home.  The set comes brilliantly packaged with 2 CDS, a DVD, and a Blu-Ray, so you are not left wishing you had one format or the other.  Additionally, the setlist is a perfect mix of old and new, appeasing both those long time and new fans of the band.

The show is pulled from their successful Sorceress tour in support of the same album released in 2016.  The band open the show with the title track, which is the perfect blend of their new psychedelic sound and their metal past.  From the first sound of the chunky guitars, you know where you are.  Frontman Mikael Akerfeldt is engaging and friendly in between the songs, but he is still demonic as ever on tracks like “Ghosts of Perdition” and “Demon of the Fall,” both classics from the earlier period.

The band find a way to bridge both worlds in a way that does not feel disruptive or out of synch.  Tracks like “The Wilde Flowers” and “In My Time of Need” come off more like a welcome reprieve from the destructive death metal of previous songs, and are emphatically applauded by the fans.  One of the highlights is “Cusp of Eternity” from the Pale Communion album, this high energy song thrills the crowd and sounds like one of their best here.  Of course, the band close with one of their classic, the devastating “Deliverance.”  After this 90 minute set, there is no disputing the power and beauty that is Opeth.  This is a must have in the Opeth collection for any fan.