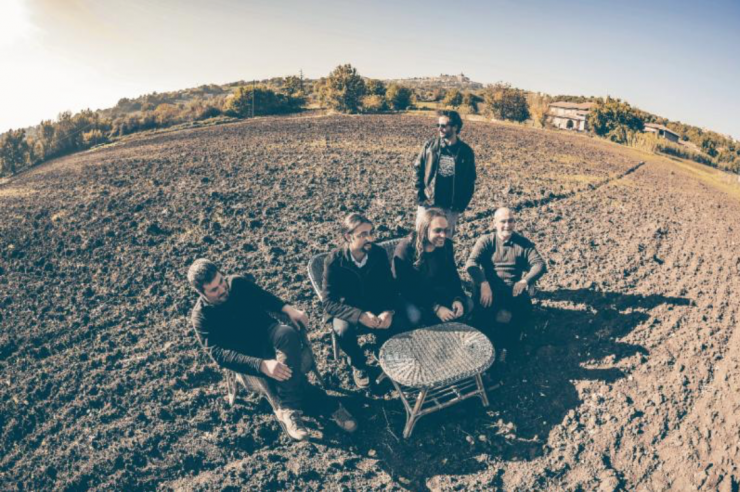 With the release of Nosound’s new studio album, Scintilla, the band is pleased to be able to premiere its new video for the song “In Celebration of Life,” taken from the album, featuring guest vocals from Anathema’s Vincent Cavanagh.
You can see the video here:

Giancarlo Erra on how Anathema’s Vincent Cavanagh became involved: “This uplifting anthem to life immediately struck a chord with Vincent. I played him the song without saying anything about all this, and he liked it immediately. When I told him about Alec, his emotional and moving reaction told me that he too was somehow linked to that situation, and we instantly knew that we were going to work together on this track. Anathema and Nosound were two of Alec’s favorite bands and we know now that wherever he is, he’s enjoying the track he worked on with me and Vincent.

For the video we wanted to tell a story, but one that everyone can interpret in their own way: there was a lot of thought put in as to how to leave it open. So, while I’m not going to reveal my personal story, I encourage you to look at the details and enjoy the song we wrote in celebration of life, something we should all remember to do every day.”

Inspired by personal upheaval and a desire for change, Scintilla is an emotionally complex and musically direct work, presenting a stripped-down set of compositions that mark a major departure from Nosound’s trademark symphonic lushness and production precision. Taking in influences from post rock, shoegaze and alt-singer-songwriters, the album imaginatively utilizes a mostly organic and acoustic sound palette.

In addition to Andrea Chimenti and Anathema’s Vincent Cavanagh, cellist Marianne De Chastelaine returns once more to the Nosound fold (this time in a more free-flowing and improvisational capacity).

Scintilla is available via the Kscope webstore at https://www.burningshed.com/store/nosound

Regarded by critics and fans alike as one of the most interesting up and coming alt/art rock bands in Europe, Nosound inventively combines influences from ’70s psychedelia, ’80s/’90s ambient and contemporary alternative, progressive and post rock. The project started as a one man studio project in late 2002 by Giancarlo Erra, but has since grown into a five piece band, evolving into something unique, focused and powerful. The music is evocative and intense, with personal songwriting.

A cathartic album of emotional extremes, Scintilla marks the brave beginning of the second phase of Nosound’s fascinating career. Stay tuned for more information on Nosound and Scintilla, out now on Kscope.

Anathema in celebration of like nosound prog rock scintilla