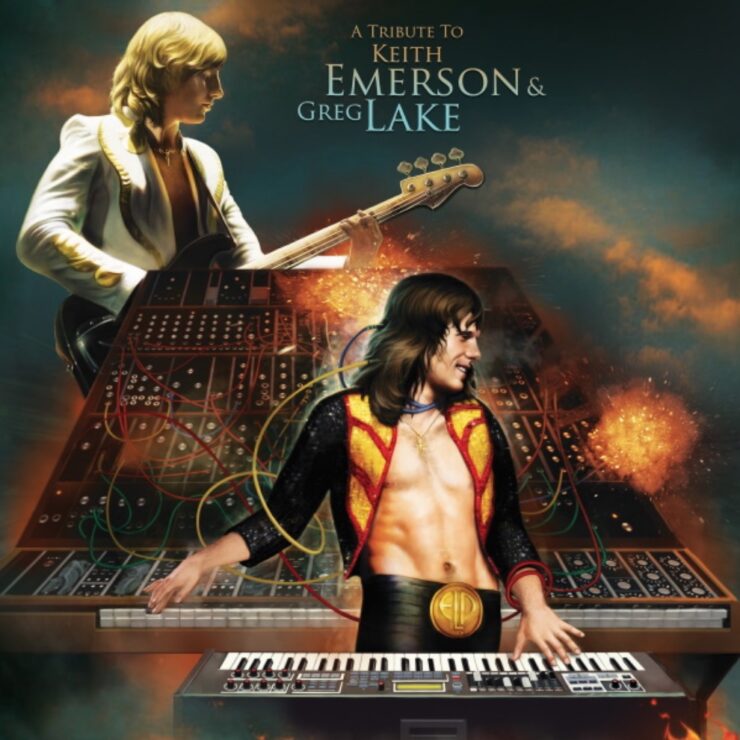 2016 has been nicknamed “The Year The Music Died” as it saw the passing of such musical giants as David Bowie, Prince and Leonard Cohen (not to mention George Michael, Leon Russell and Alan Vega of Suicide, among many others). Two more names that should absolutely be mentioned in the same breath as these legendary figures are keyboardist Keith Emerson & singer/songwriter/bassist Greg Lake both of whom passed away in 2016 and both of whom had a massive impact on modern rock music not only collectively as part of the brilliant Emerson, Lake & Palmer but individually as well with Emerson as part of pioneering English prog band The Nice and Lake as a founding member of juggernaut King Crimson.

Now a pantheon of well-respected musicians, vocalists and performers have come together, under the watchful ear of highly celebrated producer Billy Sherwood, to offer new interpretations of some of the best loved songs from the careers of these two towering figures of prog rock. From King Crimson’s “21st Century Schizoid Man” to ELP’s incredible “Karn Evil #9” and of course the mainstream hit single “Lucky Man,” A Tribute to Keith Emerson & Greg Lake offers a fresh and comprehensive look into some of the 20th century’s most daring compositions re-imagined by a the likes of Todd Rundgren, Larry Fast (Peter Gabriel), Martin Turner (Wishbone Ash), Sonja Kristina (Curved Air), Geoff Downes (Yes/Asia), Derek Sherinian (Dream Theatre), and Arthur Brown plus a very special performance from Emerson’s son Aaron & grandson Ethan!

Producer Billy Sherwood shares his thoughts about the project, saying “The music these guys created is timeless. And is there for future generations to discover. I’m honored to be a part of this project which displays an amazing collection of songs as well as artists contributing to the record. I think fans of the original will appreciate the attention to detail, love and care that went into the production of this project.”

A Tribute To Keith Emerson & Greg Lake will be available starting April 10 on both digital, CD and vinyl (limited edition ORANGE) courtesy of Purple Pyramid Records, a division of Cleopatra Records, Inc.