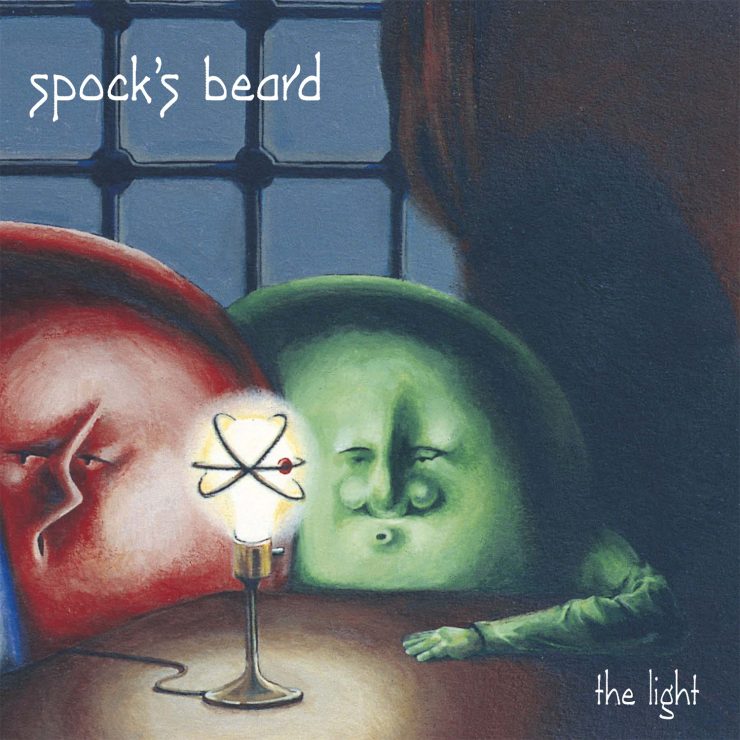 One of the longest running active modern Prog bands, Spock’s Beard debuted in 1995 with ‘The Light’.  Coming out of nowhere, the album was a complete accident and turned to be successful enough to launch a band now deep into a 20 year career. The story of the album starts in 1991 when Neal Morse had quit his steady gig and moved back to Nashville, in search of what to do next.  After a motivational weekend course, he found himself writing the type of music he grew up on, which resulted in the early demos.

Neal Morse had this to say about the album: “I had become this brooding singer/songwriter trying to get a deal in LA with no success and I realized that wasn’t why I got into music in the first place. I got into music because I loved it and I wanted to do big pieces. I had an awakening in that course. The two weeks after that, I wrote “The Light”, “Go the Way You Go” and “The Water.” It all just poured out like a breakthrough.

After the initial demos, Neal invited his brother Alan, to play along.  Alan, floored by the demos, pushed Neal to complete the demos and make this a live band. After meeting Nick D’ Virgilio at a bar jam night, he was invited to join the band as was Dave Meros.  Ryo Okumoto would join soon after, and Spock’s Beard was born.

The album is a Prog classic with 3 long epics and a shorter track.  The title track signals the birth of the Neal Morse epic, a signature of his songwriting that remains to this day. It incorporates more ideas than on some entire albums and is still one of the group’s most celebrated songs.  It is the work of an artist letting out all the ideas he felt he had to repress for so long.  The album also features another Spock’s Beard classic “Go the Way You Go,” which opens with the bombastic drums and organ before settling into the main musical refrain that will eventually be repeated in more grandiose fashion to close the epic track.

‘The Light’ was finally self-released by the band in January of 1995 with later pressings of the album arriving with a sticker on the CD that boasted “Featuring the drummer from the new Genesis album,” referring to Nick D’Virgilio performing on the final Genesis album ‘Calling All Stations.’ The album would go on to sell several thousand copies purely on word of mouth, setting the stage for one of the more enduring careers of the modern Prog era.

Find out more about this album in the book ‘Essential Modern Progressive Rock Albums.