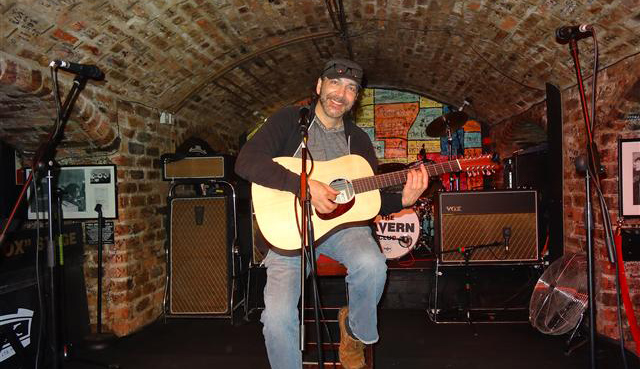 Spanning over three decades, Mark Mikel’s musical career has far surpassed the average musician. His resume consists of five bands, countless albums/CD’s, and literally hundreds of original songs.  Hailing from Toledo, Ohio, Mikel’s career spans all the way from the 70’s to today, including a couple of solo albums and also period with a band he created  known as The Pillbugs.  The psychedelia influenced band put out several CD’s, (debut S/T double CD, The 3-Dimensional In-Popcycle Dream, Happy Birthday, Buzz for Aldrin (double CD), Monclovia (best of), and Everybody Wants a Way Out.)  During this time, the band received international recognition, along with praise from USA Today, The London Sunday Times, and NPR. 5 years after the death of their bass player Mark Kelley and the ultimate end of the group in 2008, The Pillbugs are more popular today than ever before.

Most recently Mark, along with his recording partner Scott Hunt, have just released a new CD in August of 2011, self-titled “Dark Ocean Colors”, and a second one “Close Enough To See” released in 2013 where you can continue to hear the Beatle-esque musical influence.  Also this year, a new 35th Anniversary 4-disc boxed set containing early recordings from Sept. 1978- July 1979 entitled “Yesterday’s Window” will be released in Sept. plus a new album by the sunshine pop group The New Love Express with Mark producing and participating also coming in Sept.