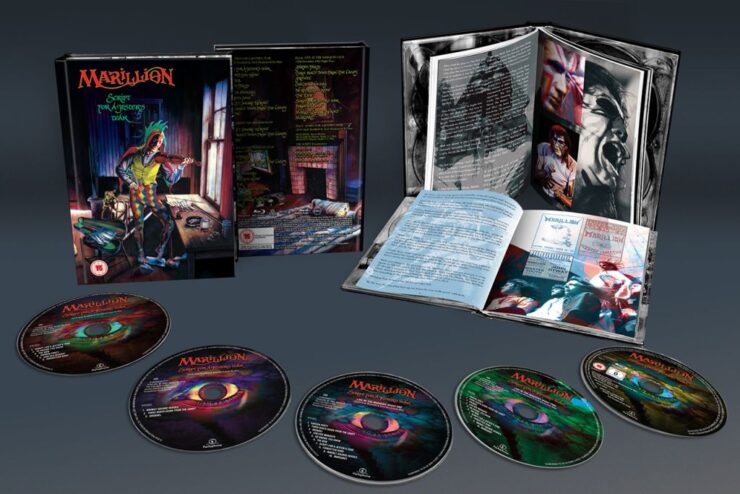 The set will feature a collection of bonus material long with the original album’s six tracks.

Marillion have announced the release of a new deluxe box set for their 1983 debut album Script For A Jester’s Tear to be released April 3 as a 4CD/Blu-ray package and on 4LP.

Both packages will include a new stereo mix of the record by Andy Bradfield and Avril Mackintosh, while a stereo remix of the Market Square Heroes EP – including the He Knows You Know b-side Charting The Single – will also feature.

In addition, the deluxe edition will also feature a previously unreleased show from London’s Marquee Club recorded on December 29, 1982.

The Blu-ray will showcase a 96k/24-bit audio of Script For A Jester’s Tear, the Market Square Heroes EP and the live show, along with a 5.1 surround mix of the album by Bradfield and Mackintosh.

In addition, a new 90-minute documentary titled Sackcloth & Greasepaint will be included, which covers “the formation of the band through to the release of Script For A Jester’s Tear in 1983 – including interviews with Fish, Mark Kelly, Diz Minnit, Mick Pointer, Steve Rothery, Pete Trewavas and Mark Wilkinson.”

The first 4000 ordered through Marillion’s Store will also receive an A4 print of the album artwork which has been autographed by Kelly, Rothery, Trewavas and Pointer. http://marillion.com/shop/albums/remast49.htm