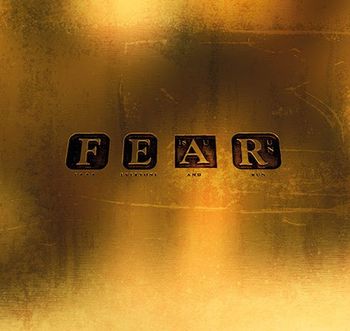 Review of the 18th studio album by Marillion – F.E.A.R.

Marillion are a band with nothing to lose. They have reached a point in their career where, according to singer Steve ‘h’ Hogarth, if they can’t say or do it now, there’s no point doing it. Marillion have always written political lyrics: back in the Fish days with songs like Fugazi, a number of tracks on Seasons End, Radiation’s A Few Words For The Dead, The Last Century For Man from Somewhere Else to name but a few. But Gaza from 2013’s ‘Sounds That Can’t Be Made’ seemed to take it up a notch, even if not from the band’s perspective. What is a neutral account of the Gaza/Palestine conflict from the perspective of the children facing it ‘from both sides of the wire’ became a rather controversial piece for them; many casual listeners did not understand the true message. This controversy has, however, seemed only to spur the band on, and much of their latest effort is a progression and extension of the political nature explored in previous songs.

Two of the five tracks on F.E.A.R explore deep political messages about the state of the world. Lead single “The New Kings” (although at around 16 minutes it probably won’t be getting much radio play!) looks back on the last few years in world politics, denouncing the actions of the banks, Tony Blair, and lies so readily handed out in the press. Opener “El Dorado” poses a pessimistic view of the future, suggesting we will reap what we have sown and that a storm is brewing. These are the two big statements and the overwhelming message on the album, confirmed by Hogarth: “There’s a sense of foreboding that permeates much of this record. I have a feeling that we’re approaching some kind of sea-change in the world – an irreversible political, financial, humanitarian and environmental storm. I hope that I’m wrong. I hope that my FEAR of what “seems” to be approaching is just that, and not FEAR of what “is” actually about to happen.”

Each of the longer tracks is split into distinct parts, much like the way songs like “This Strange Engine” evolve through many different musical ideas. The split in the tracklisting makes the parts more distinct, although they still flow from one to the other. It’s a bold way to make an album which could alienate fans of the shorter, poppier side to the band, but the two shorter tracks that complement the epics will hopefully keep them on side, and ensure that the flow of the album is maintained. Having said that, the suite-nature of the long songs means that no melody overstays its welcome; there is always something new around the corner. “Living in Fear”, sure to become a sing-along live staple, has the catchiest chorus of the album and feels shorter than its 6 minutes. “White Paper” feels like another personal lyric and its simple beauty provides the calm before the ominous storm that is “The New Kings”. The nature of the album has allowed the band to explore many musical themes and ideas and condense them into cohesive sections. Choruses are few and far between but there are enough memorable melodies to hold attention even when the lyrics are a little heavy.

The third ‘epic’ and standout track on the album is “The Leavers”, not a track about the EU referendum, but one about leaving lives and families behind to go on tour, being in a new country and city every day, and coping with fleeting relationships along the way. It is a deeply personal lyric from Steve Hogarth and sung with a huge amount of passion, as are all the lyrics across the album. While this isn’t overtly political, it marries with the theme of unease and discomfort that we see throughout the record. Musically it breaks new ground for the band, beginning with a Thomas Newman-esque keyboard melody from Mark Kelly and soaring through many major sections; despite its bittersweet lyrics it is a largely uplifting song. A lot of the album has the feel of a soundtrack with rich and sweeping soundscapes, which never feel rushed. This could be the influence of guitarist Steve Rothery exploring his instrumental side on his solo album ‘Ghosts of Pripyat’ and extensive touring with his band. The album is keyboard and piano heavy, but we are not denied Rothery’s trademark guitar solos, sure to come into their own live, or Pete Trewavas’ tight and always innovative bass. Ian Mosley provides the band’s heartbeat and is more prominent on this record than he has been in recent years – not always just complimenting the band but accentuating riffs and adding more interesting fills. His versatility also shines on F.E.A.R, going from a husky whisper to an ominous deepness to a falsetto – it is clear that he believes every word he sings.

F.E.A.R is certainly an album that demands multiple listens, time and effort to fully appreciate, but is well worth it. The way the epic tracks are presented, as suites, is something the band has done on previous tracks like This Strange Engine and Gaza, so fans will not be too perturbed, but it could be a difficult introductory album to the band. I don’t disagree with Hogarth when he said that this could be a landmark release for the band, à la Brave or Marbles. It is an album jam packed with wonderful music, gorgeous melodies, complex and personal lyrics – everything that can be expected from 21st century Marillion, but boosted up a notch. The one problem with Sounds That Can’t Be Made is that, over the course of the last couple of years, a couple have tracks have become overshadowed by Gaza, Power, and the title track in particular, but at this point I cannot see any single song falling by the wayside. The depth of the epics and the catchiness and beauty of the two shorter songs will remain captivating.

Before hearing the album, the title may seem like a cheap attempt to be controversial, however when we hear Hogarth sing the lyric “f*** everyone and run” in “The New Kings”, it evokes sadness and invites people to think about the current situation in the world. Music has largely moved away from the days of the protest song, but with F.E.A.R Marillion suggest that maybe it’s time to bring them back.

Key Tracks: Living In Fear, F*** Everyone and Run, Wake Up In Music