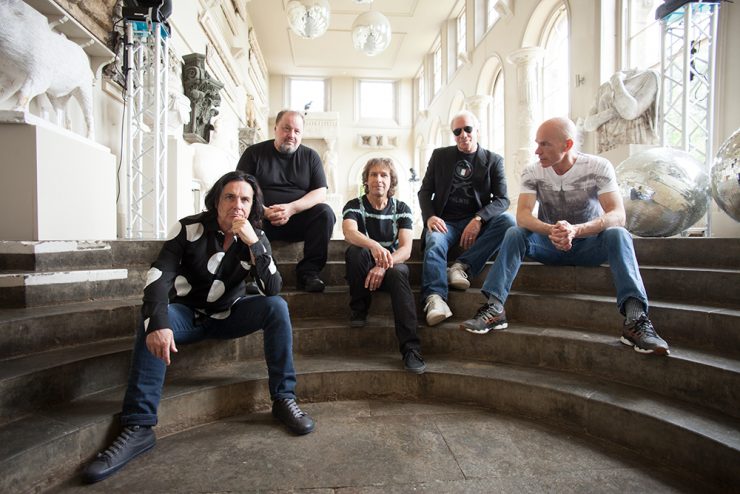 John Wesley to join the band on tour.

Prog fans can celebrate the return of Marillion to North America in 2016 with thirteen dates next fall beginning on Friday, October 21 in San Francisco.  Special Guest John Wesley will support for the run of dates – a frequent guest at their bi-annual conventions.  Tickets will go on sale this Friday, December 11, fans can visit marillion.com for more info on each date.

Marillion will be on the road for much of 2016 in support of their forthcoming 18th studio album releasing in the spring via partnership with PledgeMusic announced earlier this year.  The DIY pioneers have had a direct relationship with their devoted following creating a new business model of crowdfunding back in 1997, long before Kickstarter and GoFundMe provided an opportunity for artists and filmmakers alike.  For more information on the new album please visit http://www.pledgemusic.com/projects/marillion.

Formed in Aylesbury, Buckinghamshire, England, in 1997, Marillion have sold more than 16 million albums and are celebrated across the globe by a devoted following whom they share a most unique and intimate relationship. Marillion are pioneers with their internet-based business model – fans have funded their last five releases in advance of recording with presale campaigns.  Marillion have remained uniquely independent with their in-house label and their own Racket Records recording studio.  Marillion host a bi-annual “Marillion Weekend,”  recently awarded ‘Best Live Event’ by the Progressive Music Awards, wherein fans have an opportunity to not only see their favorite act perform different sets, multiple nights in a row, but also become immersed in the Marillion culture and history with various activities. Marillion continue to tour an annual average of 100 sold out shows and festival stops globally. Marillion recently partnered with PledgeMusic for their forthcoming 18th studio album to be released in 2016.