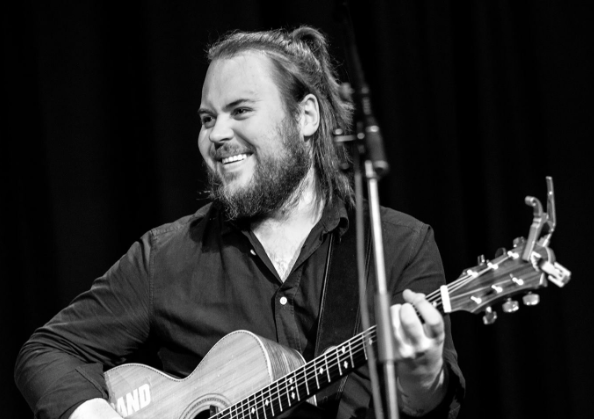 Rikard Sjöblom, the founder of Swedish progressive rock group, Beardfish has announced a new solo album entitled ‘The Unbendable Sleep’ due in February 2016.

Speaking about his decision to release an album under his name at this point of his career, Rikard says: “There are a number of reasons why I did this, but the main one is that Gungfly which started out as a solo project later became more of a band with members and all that and it’s a really good band and I love it and all that but I guess to really be solo you almost have to use your birth name?

He continues: “I’ve only released one album under my name before and that was recorded in 2003, released in 2006. It’s called ‘Cyklonmannen’ and it’s an instrumental, musical interpretation of a novel with the same name written by Sweden’s only beatnik writer Sture Dahlström. It’s pretty obscure stuff! But, the guy who made quite a lot of the book covers for Sture is called Bernt Daniels and he’s the same guy who has painted the cover painting of ‘The Unbendable Sleep.’ So that was another reason, because when I asked permission from Bernt to use the book cover back in 2006 he sent me this postcard with this painting on it and it was Beste Schweizermilch, the very same painting you see on the cover of ‘The Unbendable Sleep,’ and I just fell in love with it and decided that I wanted to use it someday. So, it’s quite fitting that Bernt Daniels has made the cover paintings of the only two albums I’ve made as Rikard Sjöblom, don’t you think?

Thematically, “The Unbendable Sleep” goes around the usual subjects: love, life, death, and it deals a lot with self-esteem and believing in yourself. “Sounds cheesy, I know, but it’s pretty important stuff,” Rikard continues. “I found myself singing about mirrors quite a lot and that’s also referring to just that, looking into the mirror and not recognizing the person staring back at you.”