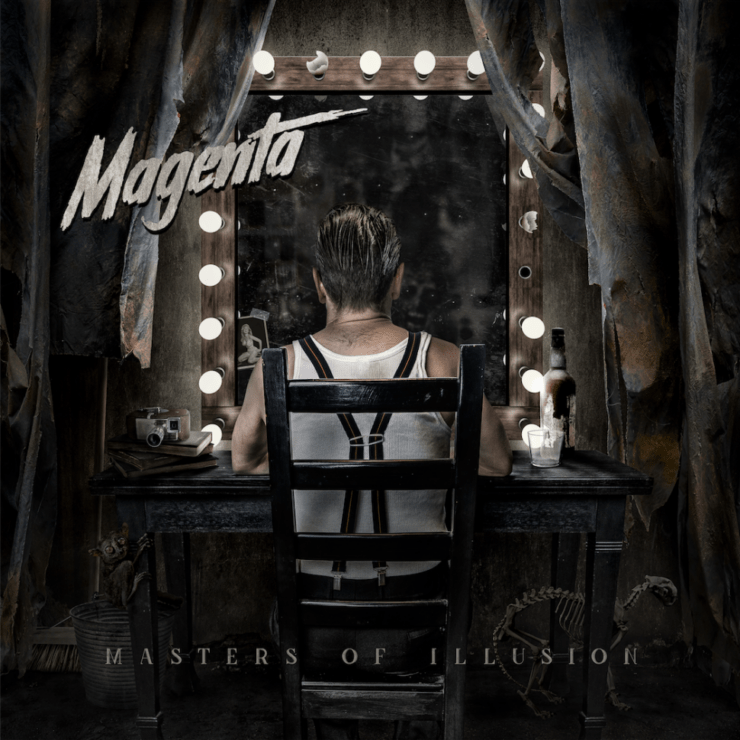 The new horror film-themed album, Master Of Illusion, is due in July.

Magenta have released a video for brand new song “Bela.” taken from the band’s upcoming album, Masters Of Illusion, which will be released through Tigermoth Records on July 1.

Masters Of Illusion is a concept album centered around some of mainman Rob Reed and brother and lyricist Steve Reed’s favorite actors of the classic Universal and Hammer Horror eras. Bela is, of course, about legendary Dracula actor Bela Lugosi

Robe Reed explains: “We were lucky to be able to shoot two performance-based videos just before the lockdown. In fact, it’s the last time we were together as a band. We have managed to do a few virtual performances online, but we all miss the experience of playing live at the moment.

“Bela is the opening track of the album is of course about Bela Lugosi, the famous horror movie actor of the early Universal horror films. He was the first to play Dracula onscreen, and became typecast in that role. His career never reached those heights again, and he struggled with addiction. He even ended up being buried in his Dracula cloak. Musically, it’s a full-on prog journey at over ten minutes long.”

Magenta: Masters Of Illusion
1.Bela
2.A Gift From God
3.Reach For the Moon
4.Snow
5.The Rose
6.Masters of Illusion

magenta prog rock we are legend