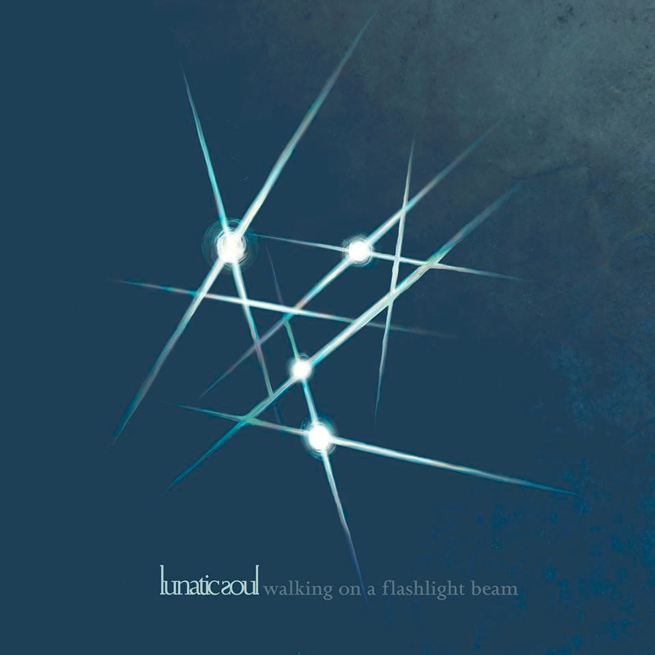 Review of Lunatic Soul – Walking On A Flashlight Beam out on KScope Records October 13th, 2014

Known as the frontman for the popular Prog outfit Riverside, Mariusz Duda, has released a new album as Lunatic Soul.   Handling most of the instruments on this one, “Walking On A Flashlight Bean” is not unlike Riverside, however, it is more subdued and based more on atmosphere and electronics than guitars and drums.  The mood and feel of the songs lies very much in the Riverside wheelhouse.

The album opens as a movie soundtrack on the haunting “Shutting Out the Sun.”  The second track “Cold” is an electronic track with a bouncing groove, similar to something Radiohead has been known to attempt.  “Gutter” is driven by Mariusz’s bass and is almost a dance track.

“Treehouse” is the closest to qualifying as a radio single, although the label has chosen to release the more odd, instrumental tracks as video singles.  One of the more impressive tracks is “Pygmalion’s Ladder”, which, clocking in at 12 minutes, would meet with the approval of Steven Wilson fans.

While the majority of the album is instrumental, it is the few vocal-based tracks that still stand out.  Most notable is the title and closing track, “Walking On A Flashlight Beam”, which is not only a fantastic way to close the album, but it is also a brilliant track that could be on any Riverside album.  It is one of the best songs of the year.

This is a very cool album, one that requires a bit of listening to to fully grasp, but there is a flow to the album that makes it feel very much like a concept album. It is dark, and it is mellow, but it is also is one of the more interesting and imaginative albums of the year.