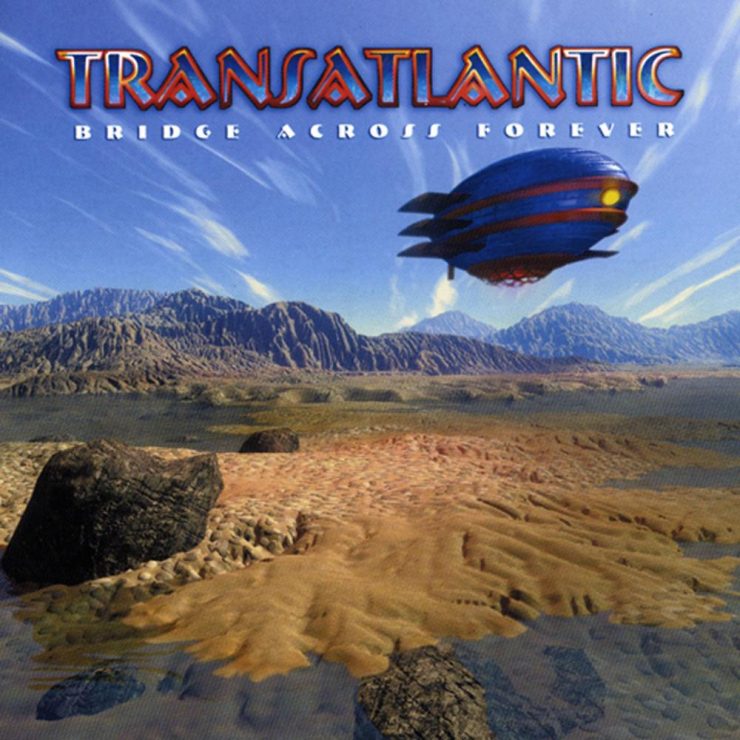 Transatlantic – Bridge Across Forever was released on Oct. 9th, 2001.

It seems like everyday there is another Prog supergroup (or at least one with Mike Portnoy) but back in the early 2000s it was not as common.  Mike Portnoy was still in Dream Theater as his only band and Neal Morse was still in Spock’s Beard.  In fact, while Pete Trewavas was known as a longtime member of Marillion, many Prog fans were first introduced to Neal Morse and Roine Stolt through the debut Transatlantic album, SMPTe, which was released in 2000.  That album was such a success that the group and label decided to do a follow just one year later.

Bridge Across Forever was released on Oct, 9th. 2001.  The album was a feast for the classic Prog fan with only 4 tracks, bookended by 2 near-30 minute epics, “Duel with the Devil” and “Stranger In Your Soul.”  The latter would become the ultimate closer for the band on tour and has since become a classic track, ranking with other long epics like “Supper’s Ready” and “Close to the Edge.”  The album was ranked #5 on the Prog Report’s Top 50 Prog Albums from 1990-2015.

In a recent interview with The Prog Report, Mike Portnoy recalled working on the classic album. “When we made Smpte we kind of were working off of a lot of individual ideas, Roine had a skeleton for My New World, and Neal had a skeleton for All of the Above, cos we didn’t know how the chemistry would work, so we had a lot of existing ideas to fall back on.  But when we came together for Bridge, we were comfortable working together because we had already made a record together and done some live shows together, so it was that much more collaborative making Bridge.  We consciously broke up the vocals some more.  Myself and Pete started singing a little bit more than we did on the first album.  I think we made a Prog classic.  Songs like Duel with the Devil and Stranger In Your Soul I think are two of the greatest songs of my career.”

The band would take a long hiatus, as Neal Morse would leave Spock’s Beard the following year and begin a solo career. They would return with their 3rd album ‘The Whirlwind’ in 2009 and ‘Kaleidoscope’ in 2014.