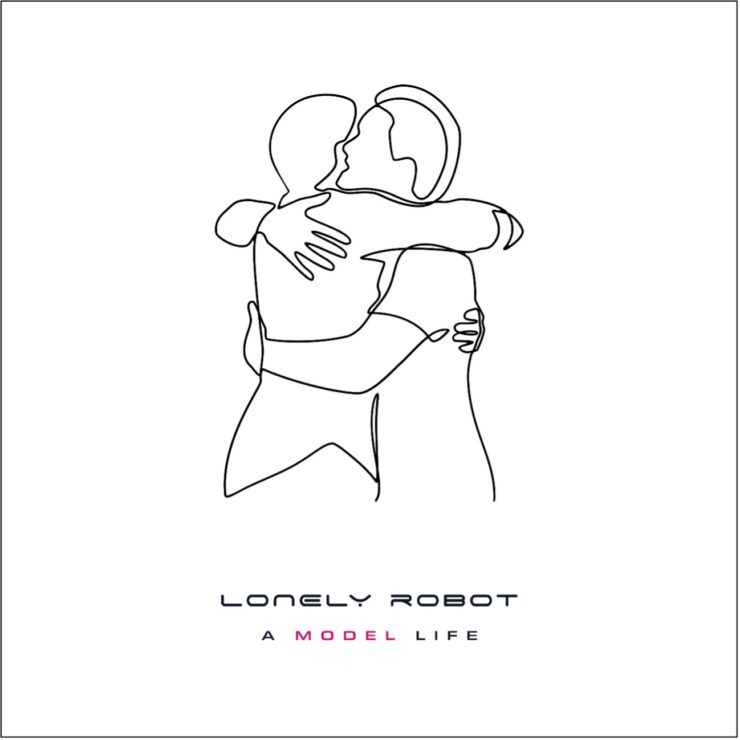 Review of the new Lonely Robot album – A Model Life

One of the miracles of music is its ability to help humans get through tough times, and that often applies as much to the creators of the music as it does to the audience. When you are one of the leading songsmiths in modern Prog, one of the best ways to address your frustrations can be to seek catharsis by writing, recording and producing authentic music from the heart – John Mitchell does just that with the new Lonely Robot album – A Model Life.

Known for his Prog credentials and searing hot guitar work, much of Mitchell’s catalogue, whether with Frost*, It Bites, Kino or Arena, has been expansive, complex and highly technical. But within his own personal project, Lonely Robot, Mitchell has increasingly allowed the soul of the songwriter within him to be exposed. Indeed, he has of late used Lonely Robot to express his deepest individual emotions. This started with 2020’s ‘Feelings Are Good’ – one of the most personal albums I have heard from any Prog musician, and certainly my favorite album of that year. Now, Mitchell has continued the trend of personal emotional expression through music with his latest self-portrait ‘A Model Life’.

The album starts with ‘Recalibrating’ (released as the first single.) A solid rocker, it has an air of familiarity about it in that Mitchell’s voice, guitar and keyboards are used in one of the songwriter’s most-favored time signatures, 6/8, presented in ascending keys. It is played so tightly that the listener might easily be misled into thinking it is a straight-ahead 4/4 rocker. The song may be about post-heartbreak alignment as opposed to the adventures of an astronaut, but it still sounds like Lonely Robot. Welcome back, Mr. Mitchell.

Second song ‘Digital God Machine’ is a cynical observation about bedroom critics that hide behind their computer keyboards and screens. ‘Hello, hello’ growls Mitchell in an intentional nod to Pink Floyd, thereafter steering the song into a different direction with his excellent baritone and even a cello played through a distortion pedal. A true social and personal commentary, one imagines that this is the type of song that Roger Waters and Sting would have been proud to have co-written, had they ever embarked on such a joint venture.

‘Species in Transition’ is built around Mitchell’s tasteful piano work and would again not be out of place on a Floyd album. That also goes for the song’s wrenching guitar solo, which is the finest on the album, and perhaps the finest delivered this year. This guitar solo extinguishes any doubt that Mitchell is every bit as good as the Gilmours and Rotheries of the world.

Back to 6/8 granite rock with the deceptively melodious ballad that is ‘Starlit Stardust’. Seething with frustration, Mitchell stretches his voice beautifully on this track and also flexes his production chops by taking a very spacey approach to the composition’s soundscapes. Mitchell may be a baritone, but there is an undeniable warmth and glow to his voice when he reaches for the upper registers, which are well within his range on this song.

The sonic adventure continues with ‘The Island of Misfit Toys’. Underpinning the verses of this song are double stabs produced with (to my ears) unique sounds that are very hard to dissect. Jagged and jarring, they lead to a powerful chorus. About people who do not feel a sense of belonging, the song is unashamedly autobiographical. A video has been released for the track featuring Mitchell and a little girl in a parody of a ‘Hi Kids, I’m Johnny’ BBC-type children’s program. Damaged toys get washed away in the flood and the two happy campers blithely sit by as their playthings are eradicated and destroyed. It is dark, but bleakly humorous and the musical backdrop is excellent, featuring particularly slick production. Mitchell has mischievously described the video as a ‘career ender’ – let us hope not.

The title track has one of the finest bridge/middle-eight combinations that you have heard this year. A moment of musical deliverance, it is an utterly beautifully lead vocal chant sung without lyrics, and it will entrance you. The song itself may be a commentary on contemporary living, but this time it is the vocals that will engage you before the lyrics. Mitchell’s voice really shines on this track, which is my personal favorite song on the album. This man does not need technical Prog chops to prove his point – the song is simple but immensely fulfilling.

‘Mandalay’ is a two-minute throw-away that, while lyrically important, is less significant to the album on the musical level. ‘Rain Kings’ returns us to gentle musical fulfillment with a nursery-rhyme keyboard refrain underlying Mitchell’s recount of his childhood pain, while ‘Duty of Care’, on the other hand, is a serious observation about the plight of the adopted child and parental abandonment. ‘You put me under your wing and then you took yourself out the game. On a duty of care I relied.’ Tragic and heartbreaking, the penultimate song bares all.

Finally, ‘In Memoriam’ describes the emotional differences between a father and his son. ‘In memoriam, we are not the same and I will retain what’s mine’ declares the composer in the most personal of observations. Mitchell’s guitar then proceeds to carve at the listener’s heart like a surgeon’s laser. It does not get more intimate than this, as the album ends on an ethereal keyboard note that fades into the distance.

Mitchell’s guitar creates its own genre really, and there are copious solos on the album (unlike Mitchell’s last release, Frost*’s ‘Day and Age’, which intentionally had not a single guitar solo.) There are no ‘epics’ on the album and much of it is based less on the need to Prog out and more on the simple need to express emotion, memory and personal perspective. The album’s lyrics are therefore crucially important. Unlike Lonely Robot’s previous album ‘Feelings Are Good’, the keyboards create simple backdrops and are understated, while Mitchell’s soaring guitar and highly emotive vocals carry the album. This is how the man expresses himself these days, and it is good.

As the press release states, Lonely Robot’s fifth album is ‘infused with the anxieties and ominous omens of the real life’ and the songs have ‘a little more grit under their fingernails.’ But you should not let that put you off – it is not just a platform for sad or angry reminiscence and it is far from unpolished. It is populated by many upbeat scenes of musical positivity and splendor, and there are dozens of sweet moments of musical gratification. Every note on the album is delivered personally by John Mitchell, with the exception of drums (provided as always by Mitchell’s stalwart Frost* band-mate, the brilliant Craig Blundell.) There is a personal flavor to all the performances and also to the unique sonic treatments conferred by Mitchell. (In his own words there are some ‘odd’ sounds.) The production is warm, comforting and welcoming. It is like a gentle hug from a long-alienated father or an erstwhile lover. It is forgiving.

An outrageously talented and prolific musician, John Mitchell unceasingly delivers album after album of top-drawer recordings, and he delivers another brilliant collection of song on A Model Life. He is known to write his songs’ titles first, after which he writes the lyrics, and finally the music. He also works at an extremely fast pace, it being noted that he wrote and recorded this entire album in less than a month. Whatever Mitchell’s process, it works. Clearly these days driven by his personal observations and emotions, it is almost as if he has no choice but to release these top-drawer albums to release his personal ‘ghosts’. One wishes heartbreak and frustration on nobody, but if this is the type of music that is somehow made as a result, there is at least one positive aspect to it. Music is emotional. Music is cathartic. Music is a miracle, and not only for those receiving it. The robot is lonely indeed, but this time he is on terra firma and with only his instruments and voice to console him.

Released on August 26th on InsideOutMusic