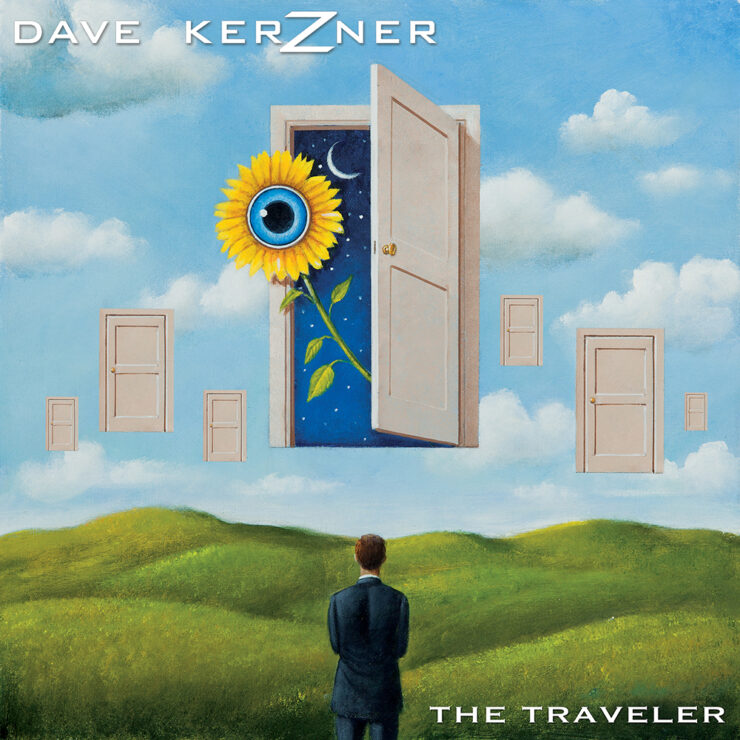 Review of the new Dave Kerzner album ‘The Traveler’

Dave Kerzner certainly has been busy in the last few years. Having originally appeared in Kevin Gilbert’s band in 1994, he later made another very strong impression on the Prog scene as co-founder of Sound of Contact (SoC.) That band’s outstanding debut album ‘Dimensionaut’, was released in 2013, and Kerzner has since released two solo albums (‘New World’ and ‘Static’) as well as three records from his other band ‘In Continuum’. His long-awaited third solo album ‘The Traveler’ has now been released in 2022.

Usually, comparisons are odious. (It might, for example, be unjust to compare the recent offerings of Yes to ‘Fragile’ or ‘Close to the Edge.’) But a comparison of ‘Dimensionaut’ to ‘The Traveler’ is not out of order, because the latter is a very good album indeed. In sonic terms, this record is top-drawer, and its production is just as good as its famous predecessor’s. This is no surprise, as Kerzner is known for his excellent audio engineering techniques. Call it a ‘headphone’ album.

The record’s line-up of performers is stellar beyond anything even Sound of Contact could boast. With fellow SoC member Matt Dorsey and the great Billy Sherwood on bass, as well as Fernando Perdomo on guitars, Joe Deninzon on violin, Marco Minnemann and Nick d’Virgilio on drums, the guest-list does not end there: Randy McStine, Durga McBroom, Heather Findlay, Alex Cromarty, Stuart Fletcher, Francis Dunnery, Ruti Celli, Steve Hackett, Alex Chod and even the late David Longdon all make appearances, whether it be on vocals, instruments or spoken word. If only by association, then, it cannot be denied that Kerzner is doing his best to deliver quality as good as anything in his history.

At the end of the day, though, it is really all about musical composition, and all things considered, I believe that this could be Kerzner’s strongest offering in that department since 2013. All three of Kerzner’s solo albums have featured the same central character, who is this time able to travel in time to mentally influence the past or the future. On considering that, it occurs to me that the character might just as well be described as a ‘dimensionaut’.

The album starts with ‘Another Lifetime’ – a Floyd/Beatles hybrid composition with a great lead solo by Perdomo. The song shows the grittier edge to Kerzner’s voice, which fits perfectly. Marco Minnemann’s drumming, as always, is highly impactful. The drummer maintains the pace in ‘Ghostwritten Fables’, a song that again features his innovative and staccato percussion, this time within a symphonic construct. The lyrics are philosophical, about a ‘wild human race,’ and the scene for the album is well set.

‘A Time In Your Mind’ has a Prog-Reggae feel (if there is such a thing) and Nick D’Virgilio delivers it with aplomb. (Equal to Minnemann in the significance of his contributions, D’Virgilio plays drums on most of the remaining tracks.) An existential reminder to ‘Wake up’, the lyrics of the song are not quite as pretentious as you might suspect, and Kerzner’s voice is tested in range from the low growl of the verse to the high wail of the bridge. The song is strongly reminiscent of latter-day Genesis.

‘For Granted’ is the best acoustic melody on the album and features a cameo from Steve Hackett. Very sweet and pleasing to the ears, it allows for Kerzner’s doubled vocal delivery to be measured and effective in the mix. The song definitely has a pop hook and sound, perhaps akin to the Beatles.

The pinnacle of the album is reached in the final number ‘Here and Now Part 2’. The best song on the album, this is unreservedly classic-era Genesis in 7/8, down to a Tony Banks-style keyboard solo that could have been lifted verbatim from ‘Dance on a Volcano.’ This similarity does not make the song any less enjoyable, and the climax is huge, with Sherwood and D’Virgilio in typically thunderous form. The track brings the album to an enthralling apex, ending with a reference to both the opening song and to ‘Part 1’. A monster of a track, though more concise than you would imagine, ‘Here and Now Part 2’ will make Genesis fans think that they have woken up in an alternate reality Heaven, in which ‘Trick of the Tail’ and Selling ‘England by the Pound’ have just been released in edited form.

‘The Traveler’ is an album that is about two things: collaboration and the re-visitation of Classic Prog. Although naturally keyboard-heavy, the guitars and vocals are equally and organically threaded into the fabric of the album, showing Kerzner’s true collaborative intent. Every performer delivers up to his/her usual standard, but none is excessively showcased. The composition of each song is always served first, and the delivery is therefore elegant and refined.

To put it plainly, Dave Kerzner’s music is very clearly inspired by his forebears, but that does not detract from this album at all. He brings the best days of Prog back to current day with clear intent, and he contextualizes his compositional tributes and homages with contemporary lyrics and slick modern production. ‘The Traveler’ is enough to make you dance on a volcano in 2022, just like a moonlit knight.

The album is available to order from http://sonicelements.bandcamp.com/merch