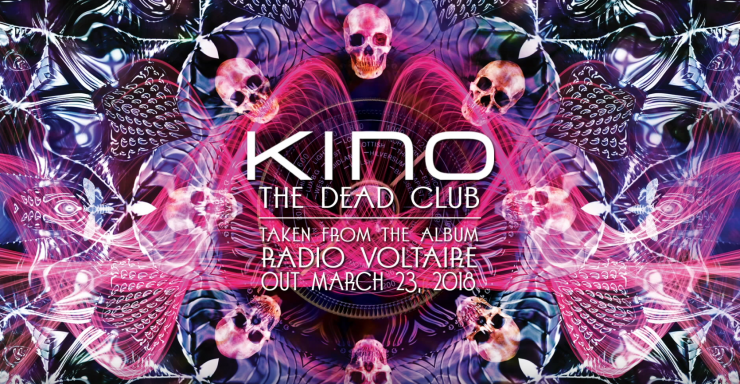 Last week, Kino announced the release of their new album ‘Radio Voltaire’, arriving 13 years after the band’s much-loved debut ‘Picture’ back in 2005. Out on March 23rd, 2018, it sees John Mitchell (It Bites, Lonely Robot) & Pete Trewavas (Marillion) teaming up once more, with Craig Blundell (Steven Wilson) on drums & John Beck (It Bites) guesting on keyboards.

Now they are pleased to reveal ‘The Dead Club’, the first track to be taken from the album, and you can listen to it now here:

John Mitchell comments: “Ladies and gentlemen!…Welcome to the Dead Club! Here is where all the wannabe rock stars hang out. It’s a place where petulant arrested development is encouraged, and to overdose makes you an iconic martyr in a rather timeless clichéd fashion. Beware false idols and remember at all times…..it’s only music….it’s light entertainment, nothing deserving of too much merit, much less a medal ☺”