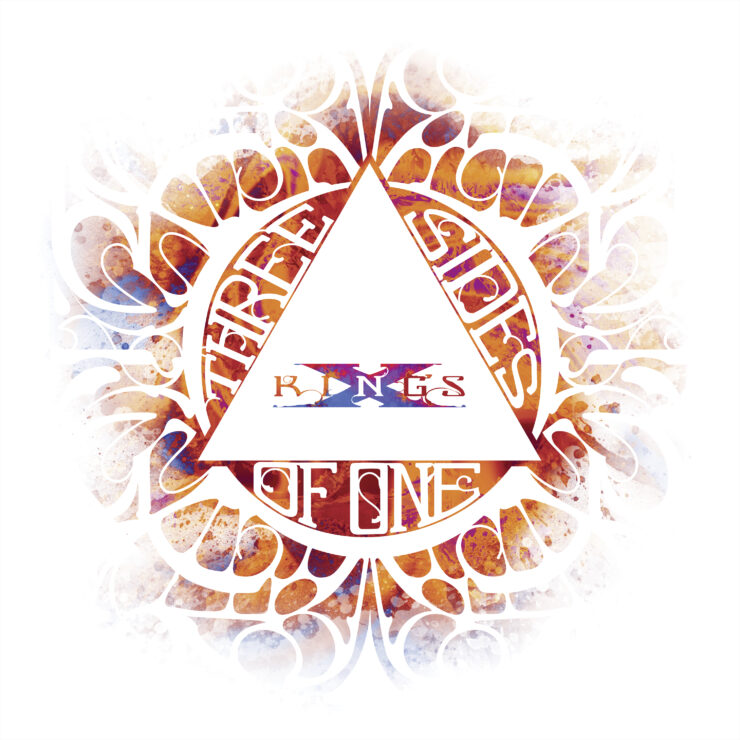 2022 has been a year of comebacks for many dormant prog artists. Tears for Fears released their acclaimed meditation on grief, The Tipping Point, back in February, Alex Lifeson returned to music as a member of the supergroup Envy of None, and (perhaps most famously) Porcupine Tree reunited for the highly anticipated Closure/Continuation. In one way or another, these records and projects have proven that these artists still have plenty to say, and such is the case with King’s X on their first album in 14 years, Three Sides of One.

Sometimes considered a forerunner of the progressive-metal movement, King’s X are a curious band who have never quite fit into any one style or genre. Their songs are built around tight syncopation and unexpected key changes, yet the compositions don’t typically go past five minutes in length. Their music often features heavy, distorted riffs that verge on the sound of alternative, but the melodies are sprinkled with lush, Beatles-esque harmonies. Their lead singer has a background in gospel singing, yet he wails like the grittiest of hard rock vocalists. In theory, these disparate elements shouldn’t blend – and they certainly don’t for some listeners – but the band have managed to pull it off on record for 35 years. The same can largely be said for Three Sides of One, yet there’s also something uncanny about the album. As vocalist and bassist Dug Pinnick put it in a 2021 interview with Blabbermouth, “It sounds like King’s X, but it’s not King’s X.”

The proof of King’s X’s experimental inclinations can be found in the opening track “Let It Rain,” which almost sounds like a garage rock tune thanks to Michael Parnin’s production and the simple beat from drummer Jerry Gaskill. It’s a raw beast that sees Pinnick do away with his typical gospel-vocal inflections and instead howl atop a lyric about pleading for a solution to the world’s problems. The first song’s underlying cynicism is brought to the fore on the brief yet musically adventurous “Flood Pt. 1.” Somehow, the track is able to marry the sludgiest of metal riffs with Arab flavored string sections and the band’s signature harmonies in just over three minutes.

“Nothing But The Truth” serves as the first sign that Pinnick is no longer in his 30s, and while his vocals definitely sound weathered during the song’s bridge, he still has a command that few other singers possess. Conversely, the band’s playing is tight and shows little sign of age, with Ty Tabor’s extended guitar solo standing out as one of the finest in his career. Elsewhere on the album, he’s given the opportunity to sing on tracks such as “Take the Time,” which is the prettiest song on the record thanks to its warm melody and stripped back instrumentation. Yet despite the musical splendor that comes with the acoustic guitar and lush harmonies, the lyrics are cryptic, with the song’s placement after “All God’s Children” suggesting a repudiation of the Christian community which had once considered King’s X as an ambassador of their beliefs.

The condemnation of Christian hypocrisy and alt-right cruelty aren’t the only themes present on Three Sides of One. Themes of mortality are also brought up on songs like “Give It Up” and “She Called Me Home,” the latter of which details drummer Jerry Gaskill’s experiences after having gone into cardiac arrest. While such topics would suggest these to be the darkest songs on the album, they are in actuality the most uplifting tracks due to their determination to hold onto life. It’s important to call attention to all of this because it serves as proof that King’s X aren’t half-assing the album. Pinnick, Tabor, and Gaskill clearly felt compelled to comment on the state of the world after years away from the music business, and their observations are channeled through inventive music that pushes the boundary of what a King’s X record can sound like.

While there’s much to be praised about Three Sides of One, the closing track leaves the listeners with a question similar to the one Porcupine Tree proposed on Closure/Continuation. Is this band’s final hurrah, or could there be more music in the future? There’s no way of knowing for certain, but it seems likely that King’s X will keep going for a few more years considering their rejection of giving up in the face of mortality and the choice to experiment with different sounds. Yet even if this is the end for King’s X, Three Sides of One still works as a rough and ready album which proves the band still has gas in the tank after all these years. As elder statesmen of rock, that’s something to be proud of.

Released on September 2, 2022 on InsideOutMusic

‘Three Sides of One’ tracklist: