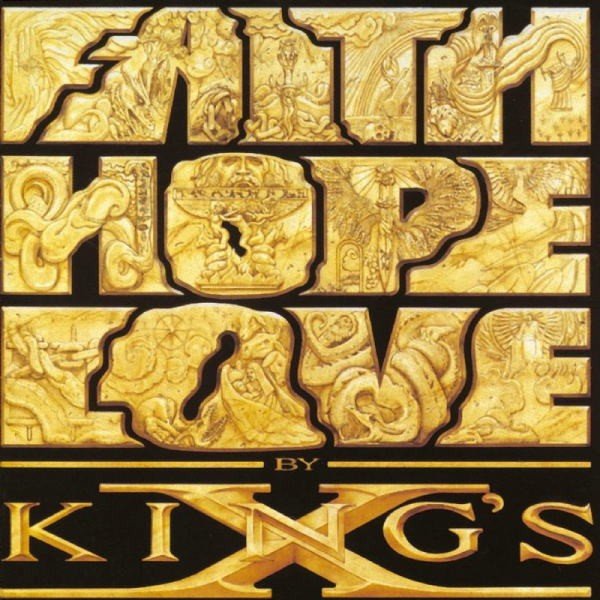 The band’s breakthrough album was released in 1990.

After achieving critical acclaim and cult band status with their first 2 albums, 1987’s Out of the Silent Plant’ and 1989’s “Gretchen Goes to Nebraska’, King’s made a big splash with their 3rd release, the appropriately titled ‘Faith Hope Love.’  The first single “It’s Love” would buoy the album into the mainstream after landing on MTV heavy rotation.  Alongside such other progressive bands at the time, including Queensryche and Fates Warning, King’s X ushered in a brief respite from the hair bands that were dominating MTV at the time.

The album is full of fan favorites and songs that are still played by the band today including the opening track “We Are Finding Who We Are” and “We Were Born to be Loved”, the latter which ends in a long syncopated time change jam.

The album cover is also iconic with the bold bubble letters that fill the front.  Doug Pinnick recalled how the album cover came to be. “I do remember the album cover conversations. The cover was the words Faith Hope Love’ in bubble letters. I suggested putting the history of mankind according to the Bible in the bubble words. In the beginning, Sam [their manager] asked us describe what has been the focus of our personal life for the past year. I think Ty said (Faith) Jerry said (Hope) and I said (Love). Not to sound cliché, it was 3 peoples individual words”.