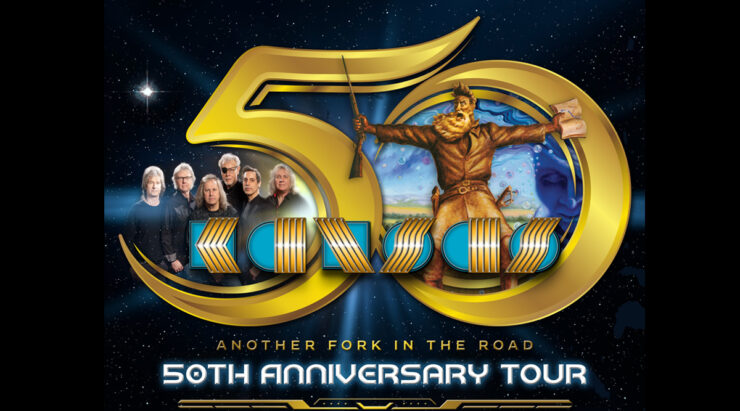 KANSAS 50th Anniversary Tour – Another Fork in the Road is scheduled to premiere on June 2, 2023 in Pittsburgh, PA and conclude on January 28, 2024 in Fort Lauderdale, FL.

Tickets and KANSAS VIP Packages for most dates go on sale to the public Friday, January 27, 2023. Ticket information can be found at www.kansasband.com & https://bnds.us/7g0lja.

“I’m incredibly excited about the 50th Anniversary Tour,” adds lead vocalist Ronnie Platt. “I tell people I’m not allowed to create a setlist, because it would be five hours long. There are so many songs I want to perform live. I think fans will be excited not only to hear our hits and fan favorites spanning 50 years of KANSAS, but also some songs that haven’t been performed live in decades.”

KANSAS is set to perform its “KANSAS Classics” set during concert dates in March, April, and May of 2023.

*Two additional dates to be announced

** More dates to be announced