Jonas Lindberg and The Other Side – Miles From Nowhere (Album Review) 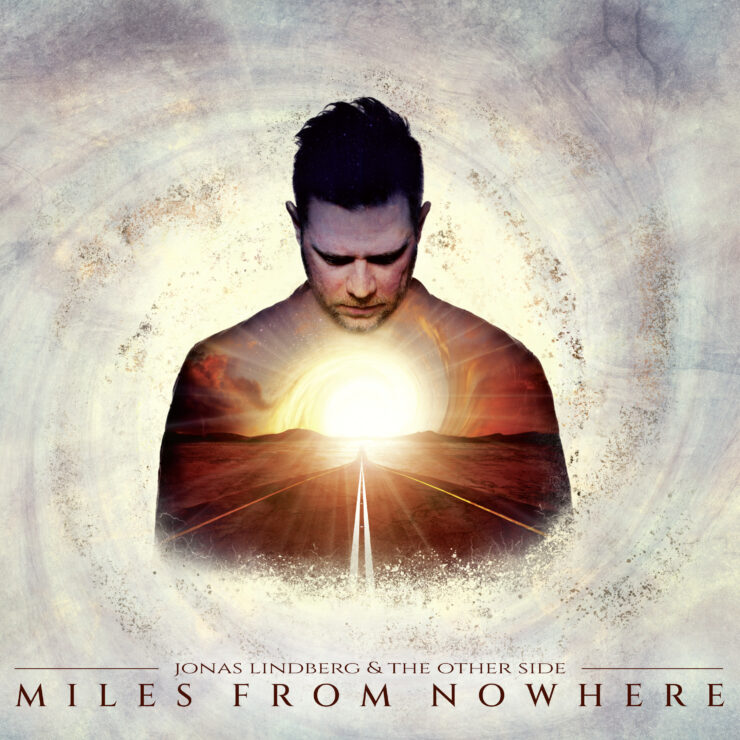 Review of the new album from Jonas Lindberg and The Other Side – Miles From Nowhere, out on Feb 18th, 2022

For a small country, Sweden produces a disproportionate amount of excellent music. In Prog particularly, the scales seem to be tipped almost unfairly in favor of the Swedes, with luminaries such as Roine Stolt, Nad Sylvan, Per Nilsson, Jonas Reingold and Mikael Åkerfeldt having led the way. Younger acts such as Moon Safari and Rikard Sjöblom also command massive respect, yet the country boasts even more talented Proggers. Apparently the Swedish word for ‘cornucopia’ is ‘överflöd’. Whatever the word, the Swedes clearly have musical talent in spades.

One of the new generation that is seeing to the continuation of Sweden’s Prog legacy is up-and-coming musician Jonas Lindberg. This talented multi-instrumentalist leads the ensemble ‘Jonas Lindberg and the Other Side’, now signed to Inside Out for its fourth release ‘Miles From Nowhere’, to be released on February 18.

Lindberg’s lineage as a student of music is evident throughout the album, as he composes, produces and executes multiple performances on various instruments. No surprise there. But it is the consistency of standard achieved throughout that really astounds. Lindberg sings and plays bass, keyboards and guitar. Two more vocalists, Jonas Sundqvist and Jenny Storm, are featured, while seven other talented Swedes complete this cohort of proud musical Vikings. The band has a fairly stable line-up of six, though Lindberg clearly likes to feature guest musicians as he proceeds to craft his productions. Pleasant surprises (and abundant melody) are the order of the day.

The album begins with “Secret Motive Man”, a layered sonorous marvel that is built on a jagged guitar riff and the lead vocals of Sundqvist. Angular rhythms, odd time signatures, excellent instrumentation and sensational vocals (imagine Nick d’Virgilio meeting Hasse Fröberg) make an immediate declaration about the quality of the album to follow.

Second track “Little Man” more than retains the standard, this time with a looser, more acoustic feel. Apparently, this captivating ballad came about as a result of a two-man improvisation, but there is nothing reminiscent of a jam session about it. Featuring glorious, sweeping vocals as free as the wind but still harnessed in their power, the chorus is one of the most fulfilling you will hear this year. With a little editing, this wonderfully crafted song would not be out of place on the Swedish hit parade. My favorite song of 2022 thus far.

On to more epic construction: “Summer Queen”, a long song about seasonal change, was apparently written by Lindberg and a friend as schoolboys. You would never know it, because the maturity of this composition speaks for itself. It reflects the four seasons in its presentation, but not in an obvious or literal manner. Ebbing and flowing like a Swedish summer stream that becomes a wide, frozen river in winter, the song also introduces excellent female vocalist Jenny Storm, whose distinctive voice exudes just the right amount of joy. At times she sounds like a gentle rain and at others she storms like lightning. One of the most distinctive but varied instrumental sections on the album is to be heard in the mid-section, as things become heavier with shredding guitar and keyboards that will have you reaching for cover. Ultimately, a tinkling piano refrain ends the song as tastefully as any Transatlantic epic. As this expansive composition unfolds, the listener will by now be wondering where Mr Lindberg managed to find all these stellar musicians. Indeed, the question might be asked: where did we find him? It seems that Scandinavia has even more to be proud of than we thought.

Already released as a single, “Oceans Of Time” is a slow epic about gut-wrenching heartbreak, allegorized into the image of a ship traversing stormy waters. Built around a Proggy, Tudor-style keyboard riff that is grand while not being pompous, the song is intense and strident. Guest drummer Simon Wilhelmsson presents patterns that are as solid as Nordic granite and Calle Stålenbring’s howling guitar keeps pace with Lindberg’s (by now not surprising) mastery of the keyboards. While the chorus might be slightly pedestrian, this matters little, as the song entrenches these fine musicians as Proggers that can hold their own with Sweden’s best.

“Astral Journey” evidences Lindberg’s respect for the more folky side of Spock’s Beard, with gorgeous forest-glen acoustic guitar played in minor keys. From there, complex time signatures make this instrumental fly like Icarus, with the various performances being largely given by Lindberg himself. The song’s pastoral introduction provides an important interlude to an otherwise busy album, but the full track is a pronouncement on Lindberg’s prowess as an all-round performer.

“Why I’m Here” is a shorter – but still progressive – foray into poppier territory, only in 7/8 time. Uplifting and hopeful, the song demonstrates that Lindberg appreciates brevity as much as grandeur. Another pinnacle on the album, the song could easily be released as a single.

Lindberg’s hero and compatriot Roine Stolt makes an appearance on the five-part epic suite that comprises the title and final track. (Apparently Lindberg has returned the favor by appearing in turn on the new Flower Kings album.) It is a colossal 25-minute opus about healing from the misery of a ruptured relationship, and it is a superior musical work. The suite is a clear homage to Lindberg’s copious musical influences and includes astral performances from all the band members. ‘Part I: Overture’ is a driving instrumental prelude as good as any you have heard since early Spock’s Beard. Intricate, powerful and grand, it is an invitation to get comfortable, as you are about to be taken to the Prog Promised Land. “Part II: Don’t Walk Away” is a truly beautiful exposition of heartbreak, clearly composed by one who knows. (Who said that Prog can’t be about love?) “Part III: I Don’t Know Where You Are” has a harder, more driving edge, and shows that Classic Rock was never far from Lindberg’s turntable growing up. Not forgetting that he is primarily a bassist, this song has a frenetic and intricate Lindberg bass-line, but his keyboard work quite astonishingly keeps up – Jon Lord would have been proud. Appropriately, the fourth and most introspective section, “Memories”, is sung from the heart by Lindberg himself, after which the fifth and final segment ‘Part V: Miles From Nowhere,” closes the album in suitably anthemic fashion. Sundqvist’s lead vocal is quite breathtaking on this last part, and the album closes with a typically climactic guitar solo from Stolt. Emblematic of the magnificence of the whole suite, this solo will make you want to weep.

The production of the album is very pleasing, if at times a little generous to the vocalists. With harmonies layered as deep as a fjord, complex instrumentation and arrangements as varied as the Stockholm Archipelago, there is much going on in almost every song. It could not have been easy to produce this intricate project to such a high standard.

Quite why Lindberg and his cohorts have escaped the spotlight thus far is a mystery. Each individual element of this band’s sound may not be unique of itself, but the composite result may as well be, so good is its execution. Lindberg wears his influences proudly and is not ashamed to exploit them to the full. Fans of Spock’s Beard, The Flower Kings, Transatlantic and even Deep Purple should immediately turn their attention to this Scandinavian prodigy for their next dose of the genre they love. There is a sense of discovery that runs throughout the first and subsequent listens to ‘Miles From Nowhere.’ The album consistently impresses and excites, and it will undoubtedly form a valuable part of any melodic Progger’s collection. Surprised? Don’t be – the plain fact is that Sweden produces an extraordinary amount of excellent Progressive Rock artists, and Jonas Lindberg and the Other Side are the latest in this cornucopia or as they say in Sweden ‘Överflöd’.