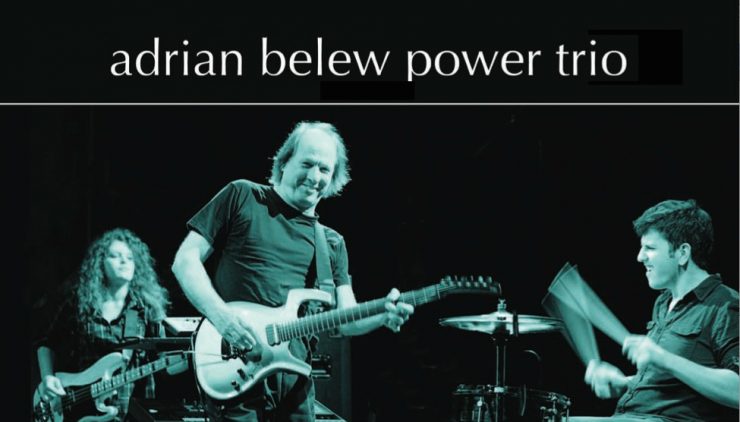 Adrian Belew Power Trio is a musical group formed by Adrian Belew (guitar and vocals), drummer Eric Slick and his sister, bassist Julie Slick.  Adrian Belew is best known for his work as a member of the progressive rock group King Crimson (which he fronted from 1981 to 2009) and for his solo work which incorporates his unusual, impressionistic approach to guitar playing. Belew has released nearly twenty solo albums for Island Records and Atlantic Records which blend Beatles-inspired pop-rock with more experimental fare.

The origin of the Power Trio lies in Belew’s February 2006 guest performance with the Paul Green School of Rock, where the Slick siblings were students. Belew was very impressed by their musicianship and in May 2006 invited them to form the Adrian Belew Power Trio as his rhythm section. Through the end of 2006 the trio toured throughout the East, South, & Western United States, followed by more touring (nationally and internationally) in 2007 and 2008. Their setlists included new original songs, as well as material from Belew’s solo career, as well as his work with King Crimson and Frank Zappa.