Jon Anderson to join Yes for Hall of Fame performance 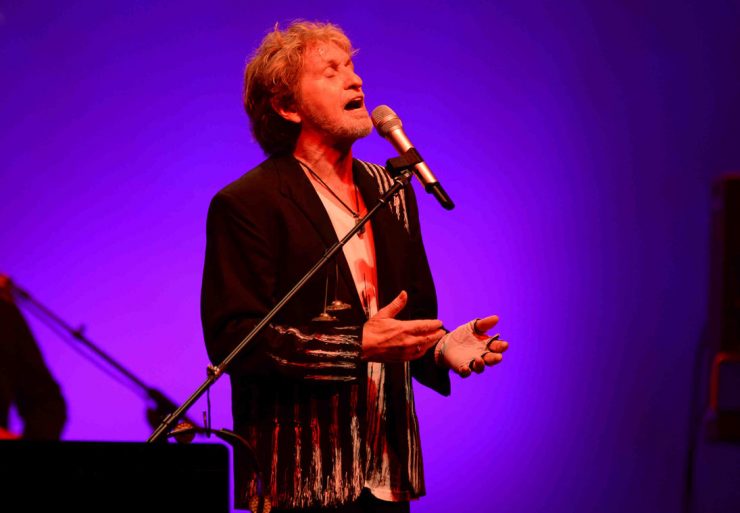 Yes will be inducted on April 7th.

It looks like what once seemed impossible is going to happen.  Jon Anderson will perform once again with Yes.  At the induction ceremony for the Rock and Roll Hall of Fame on April 7th, the Yes members getting inducted, Steve Howe, Alan White, Rick Wakeman, Tony Kaye, Bill Bruford, Trevor Rabin, and Jon Anderson are all expected to be on hand and perform.  Chris Squire is expected to be honored.

In an interview with Billboard, Jon Anderson explained, “We’re definitely connected,” said Anderson — who’s currently working with Wakeman and Rabin as ARW. “It’s a family. There’s always animosity. People that you love you don’t always like, and there’s always going to be that. But when you’re celebrating who you truly are, you forget about all that and just get on with meeting each other and seeing each other, and it’s just one of those things. It’s not a problem; We’ll just get together and have fun. Music is a healing force on every level.”

Trevor Rabin also added, “I’m not actually too sure about what other people feel, and I really just don’t care one way or the other,” the guitarist says. “For the last 17 years I’ve really been in a different world, doing film scores, so animosities don’t come from me. It’s a really good feeling. It really is something that feels important, a really phenomenal feeling.”

Anderson says in the interview that Rush’s Geddy Lee is going to induct them and that he was going to play “Roundabout” with them, although later in an update, Billboard stated that the Hall of Fame says Geddy Lee and Alex Lifeson are only scheduled to induct the group but not perform.  The show will be broadcast on HBO on April 29th.